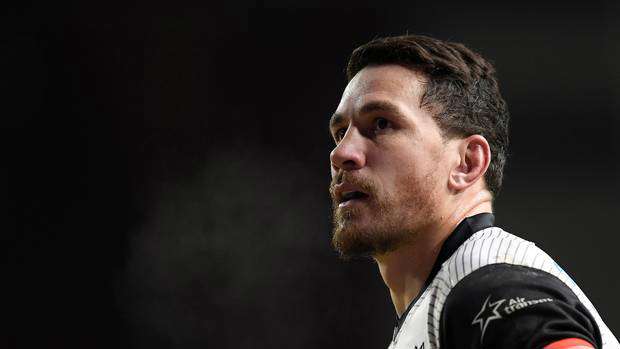 The Warriors gave the back-to-back champion Roosters a FRIGHT this weekend looking at times like they might just take this one out. But the biggest revelation was one Warriors fans have suspected for a few week’s now - we have a real one in rooke Eliesa Katoa. Commentators gushed (pause) over the youngster's hardball running and sickening work ethic. A green shoot in a season set to get a little tougher for the Wa-Was.

Kiwi’s enforcer Jared Wairea-Hargreaves is known across the NRL as one of the last blokes you want to meet in a dark alley. But someone forgot to tell that to Warriors loan player Jack Hethrington. On Saturday avo Jack went on a self-destructive crusade against the big Roosters forward that inspired his new club. Whether he won the contest or not is arguable but it is good to see a big forward with a bit of go in him. Let’s hope our new loan players can match that fizz.

Titan’s GC Jai Arrow rocked up to footy this weekend with one of the great mullets of 2020. He then set about racking up some impressive stats. Arrow’s new lid suggests that good stats aren’t the only thing he racked up this weekend either. He’s in #3 for sticking with the Post-Lockdown lid this deep into 2020.

@jaiarrow uses the power of the shit chop for a huge performance in a beaten side. Really good signs for the Titans. I think they are building nicely this year. 💯 // #blokeinabar

The NRL has sacked 2 Bunker officials after a howler of a call, awarding the Sharks a try when it clearly wasn’t. Now, does this happen to the Warriors every week? Yes it does. Does it have to happen to an Australian team for the NRL to do anything about it? Also yes. Human error is part of the game but if we’re going to stop down and have these blokes check the tape the least they could do is get it right.

NRL head of football Graham Annesley has confirmed officials Steve Clark and Ben Galea have been dropped following their horror call during the Dragons and Sharks game. #9WWOS #NRL

Get the Weakend Warriors back in the Bunker!

We’ve got 2 this week - the first is this Coen Hess shocker, blowing a sure 4 pointer.

The second is a preposterous display of athletic ability from Blake Ferguson...

Imagine getting this taken off you 😬 #NRL

Both missing the cut because they weren’t actually Trys.

The Toronto Wolfpack signed Sonny-Bill Williams to a $10mil deal at the start of the year and have since gone under. Who would’ve thought? The upshot is that Sonny has been flushed out into free-agency. The Warriors, already crying out for loan players, have reportedly had a yarn to him about coming home, but the Roosters seem like the front-runner.

The rest of the competition when they hear @sydneyroosters are a genuine chance of signing Sonny Bill Williams #NRL pic.twitter.com/U7fw3BLmkY

And I don’t blame him either - the Roosters are eyeing up a 3-peat. But can we stop pretending the salary cap actually works? How can a team as stacked as the Roosters also afford to make the best offer for SBW?