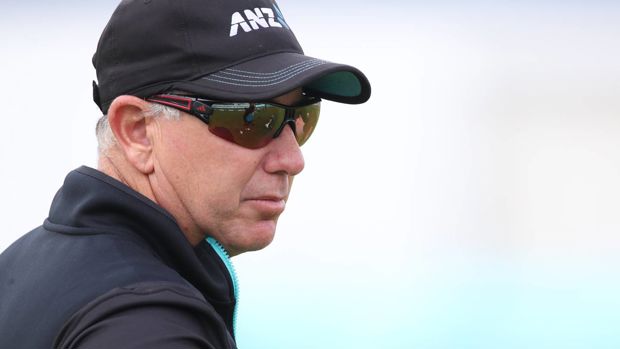 Black Caps coach Gary Stead has responded to Colin Munro's frustration after the batsman missed out on the Twenty20 Cricket World Cup squad.

The Black Caps announced their 15-strong squad for the T20 World Cup in October this morning, as part of a wider group of 32 players to represent New Zealand in five upcoming series – an unprecedented move, which included new coaches, to balance workloads and player welfare.

Munro, 34, took to social media to express his disappointment at not making the World Cup squad, adding that he may have played his last game for New Zealand "not by choice".

"Extremely gutted to miss out on this, was definitely a goal of mine that I wanted to tick off," Munro wrote in an Instagram story alongside the list of 15 players selected.

"Looks like I may have played my last game for [the Black Caps], not by choice."

Captain Kane Williamson, Martin Guptill, Tim Seifert and Devon Conway were likely the players to bump Munro out of a spot, while opener Finn Allen – who was named in the squad for the T20 series against Pakistan next month – was also a notable omission from the Cup squad.

Munro, who last played for the Black Caps in February last year and averages an impressive 156 from 65 T20Is, had ruled himself out of consideration for the tours of Bangladesh and Pakistan, and was only available for selection for the World Cup, Stead said.

"Colin was still available but for the World Cup only. He wasn't available for any other tours at all and we talked through that decision," Stead said. "In the end we've had a lot of success with guys in our squad in the T20 team in the last six months.

"We know Colin's been a fine player and still is a fine player. But unfortunately we're taking the 15 players that we select plus Adam Milne [as injury cover] to that World Cup and that's the way we've gone down from a selection perspective."

Asked if he had seen Munro's social media post, Stead said: "I'm not big on social media so I don't see all those posts. But I'm pleased he's frustrated.

"When you've got a lot of quality players around, you can't fit everyone into 15 players that go. It's a call that we've had to make. Yes I have spoken to Colin; spoke to him a week ago around this. So he's clear on where he sits."

Stead added that Munro was one of the many unlucky players who just missed out on the squad.

"Definitely that being one, Colin's got a good record for us. And Colin de Grandhomme has done a really good job for us for a while. Adam Milne as well.

"They're all guys that have been around our squad for a while, but when you look at the emergence of Conway and [Glenn] Phillips and the [other] guys, and what they've done for us in the last six months, I guess the tipping point was their recent form; that we saw was something we thought was something we couldn't leave out."

The entire T20 World Cup squad, including Stead, will miss the tour of Bangladesh (five T20s) and three ODIs against Pakistan, while the likes of Trent Boult, Conway, Kyle Jamieson, Mitchell Santner and Tim Southee will also miss the five T20s against Pakistan as they focus on the World Cup and the following T20 and test showdowns against India.

Stead said it had been a long process to finalise the large squads for the Black Caps' packed upcoming schedule, with the added complication of the resumption of the suspended IPL season.

"It's taken a while for us to get to this point. It's been I think complex with us trying at the forefront of our minds to look at the wellbeing of the person first and foremost, and still piece together what would be three or four different series in a row in Asian conditions.

"They're foreign to us as it is, but trying to mix those two together. Also with the IPL as well then going on, it's been a jigsaw puzzle and I'm actually really pleased we've got to this stage now."