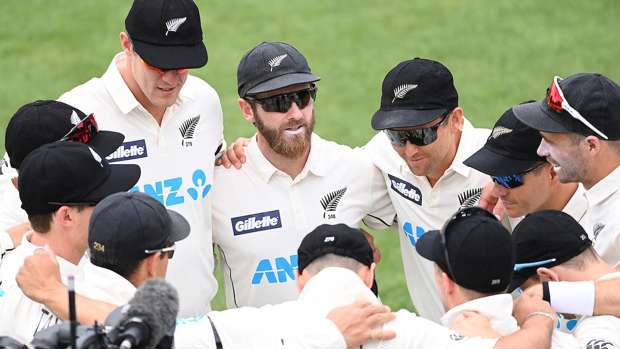 In a battle of two in-form sides, the Black Caps will meet England for two tests in June.

The matches, scheduled for Lord's and Edgbaston, have been shoehorned into a jam-packed calendar ostensibly as a favour to the England and Wales Cricket Board, whose 2020 season was ravaged by Covid-19.

They could also have another more significant impact for New Zealand, providing perfect preparation for a World Test Championship at Lord's, should they hold on to their second position on the table.

That fate is out of their hands now as they observe the results of two series which could have an impact on that status: England's upcoming tour of India and Australia's three-test trip to South Africa, slated for March.

New Zealand's hastily-arranged tour to England is not included in the WTC.

The ECB's desire to have New Zealand tour is an indicator of the new-found marketing pull of the Black Caps, who are coming off a clean sweep of test wins at home this summer.

Test cricket confirmed for June! The team will play Tests against @englandcricket in England this June.

They beat the West Indies and Pakistan 2-0 apiece, with skipper Kane Williamson's three centuries (including two doubles) and the emergence of Kyle Jamieson particular highlights.

The Herald understands it is highly unlikely the tests will be played in front of crowds.

The tests will closely follow the Indian Premier League which will likely feature several Black Caps.

Following the England jaunt — which could include the WTC final in June — there is a return to Pakistan, the World T20 in India and a tour of Bangladesh. It is likely selector-coach Gary Stead will look to rest key players at certain times.

The last time New Zealand toured England, the series ended in a 1-1 draw. New Zealand have won their past two home test series against England 1-0.