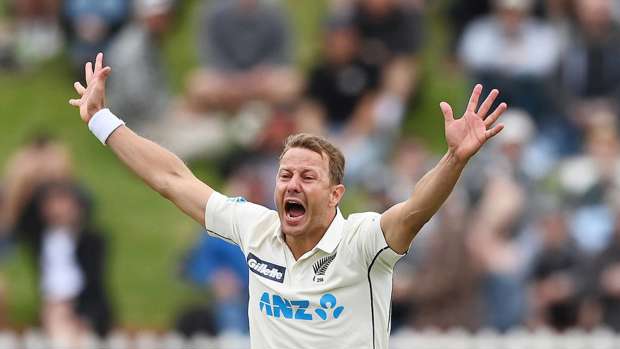 Kane Williamson might be feeling a little more comfortable this morning after one of his key spearheads has been given doctor's clearance to play.

Comfort is a word Neil Wagner might not be so quick to use.

The left-arm paceman took a vicious Shaheen Shah Afridi yorker flush on the foot while batting yesterday and was in immediate trouble. He survived the leg before shout and subsequent review but required urgent attention from the team physio.

He did not take the field immediately with his team when Pakistan batted as he was testing his foot and returned to bowl three tight overs.

He went for scans last night.

"An x-ray has confirmed an undisplaced fracture to Neil Wagner's fourth right toe," a team release confirmed. "He has been cleared to play by a doctor - providing he can tolerate the pain."

Those last six words sound like a challenge. It is hard to imagine the intense South African-born Wagner wanting to concede to something as seemingly trivial as a sore toe.

He will need to "pass" a final warm-up this morning before a final call is made.

With the ball not swinging as it did in the previous series against the West Indies, and the pitch not as lively, Wagner's unrelenting hostility will be an important factor as the test progresses.