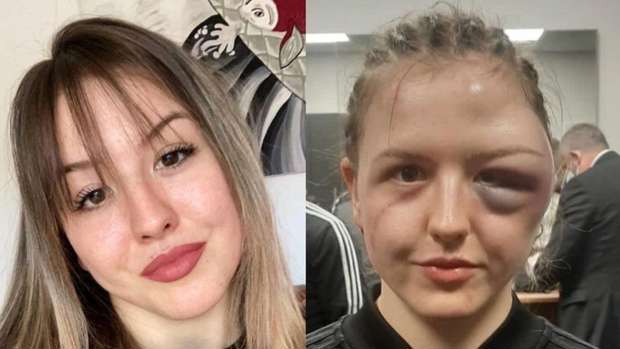 A boxer has shared an image of gruesome facial swelling after she claimed a vacant BDB International German Championship over the weekend.

Cheyenne 'Pepper' Hanson was left with a swollen left eye after suffering an accidental headbutt in the fifth round of her super featherweight fight against Ukraine's Alina Zaitseva.

The growing hematoma meant the fight couldn't go on and Hanson was declared the winner as she was leading on points.

Hanson improved her record to 8-1 with six knockouts.