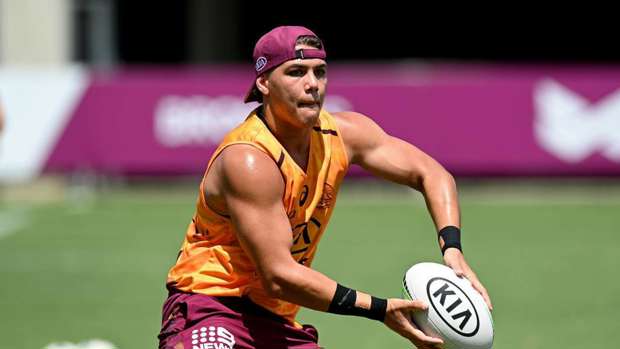 The Brisbane Broncos are reportedly privately "filthy" after losing teenage sensation Reece Walsh to the Warriors, in a deal confirmed on Thursday.

The Broncos released a statement announcing they had lost the talented fullback to the Warriors, but he will continue see out the 2021 season with the club.

The Warriors released a statement to announce Walsh has signed a three-year deal and is reportedly seen as the club's future fullback once Roger Tuivasa-Sheck leaves.

The development player was reportedly highly fancied by the Broncos and the club had all-but promised him a promotion to replace Jamayne Isaako at fullback in 2022.

However, the Warriors have been able to steal him away regardless of the Broncos' promises.

Channel 7 Brisbane reporter Chris Garry posted on Twitter losing the signature of Walsh is a "massive blow" for the club.

"Walsh was promised the No. 1 role at Brisbane next year. Brisbane will be filthy at losing him," he tweeted.

Broncos Interim CEO Neil Monaghan admitted the club was "disappointed to lose him".

It was reported earlier this month Warriors consultant Phil Gould was chasing Walsh's signature as part of the club's succession plan in preparation for Tuivasa-Sheck's move to New Zealand Rugby.

The Courier-Mail reported two weeks ago, the Warriors had offered Walsh up to $400,000 per-season.

The offer was too good to refuse.

Gould took to Twitter on Thursday to gleefully show off the Warriors' big new signing.

It is a bitter blow for Brisbane less than 24 hours after the club had celebrated reaching an agreement with rising star Jordan Riki to sign a contract extension with the club beyond the 2021 season.

The Warriors described Walsh in their official statement as "one of the hottest talents in the game".

"This is a fantastic signing for our club and Vodafone Warriors fans have every reason to be excited about the progress we're making with recruitment in the short, mid and long term," Warriors CEO Cameron George said.

"Reece is a wonderful, polite young man who impressed us immensely when we met him.

"He comes to the Vodafone Warriors at the perfect time following us re-signing Tohu (Harris). We now have an exciting future with experience and exciting young players developed from within and others that have been handpicked to join us. It's a great statement for our club."