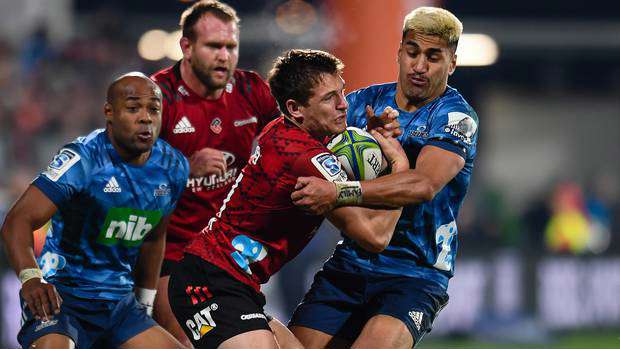 The Super Rugby Aotearoa match between the Blues and Crusaders at Eden Park in Auckland won't be held this weekend after Prime Minister Jacinda Ardern confirmed Auckland will remain at alert Level 3 until August 26.

The outbreak of community transmission of Covid-19 in South Auckland plunged the Super City into lockdown on Wednesday and saw the rest of the country enter Level 2.

The Blues confirmed earlier today that the match would only proceed this weekend if the alert level shifted to Level 1 or Level 2. While the game is not cancelled at this stage, with the lockdown extended and players unable to train as a team, an announcement along those lines is expected shortly.

A cancellation would also dent the club's financial position, after admitting earlier in the week they may have gone into insolvency had crowds had not been allowed at games.

Cancelling the game could cost the Blues and New Zealand Rugby up to $1 million in lost revenue, as the Herald understands the 43,236 tickets sold for Sunday's match generates gate takings between $800,000 and $1 million, with net profit thought to be around the $450,000 to $500,000 range.

The game not going ahead would also mean Blues fans would miss the chance to see Dan Carter in a Blues jersey in 2020, with Carter hoping to have made his debut against his former team.

Meanwhile, Saturday night's fixture between the Highlanders and Hurricanes in Dunedin can still go ahead, but will be played under restrictions of no more than 100 people at the venue. The rest of New Zealand will stay at alert level 2 for a further 12 days, with New Zealand Rugby set to confirm the status of the clash shortly.

15,000 tickets have been purchased but sales were halted following the entry into Level 2.

The extension of Level 3 lockdown in Auckland also puts doubt over the North v South clash, scheduled for August 29 at Eden Park. The Farah Palmer Cup is also scheduled to start next week with North Harbour and Counties Manukau due to host games in Auckland.