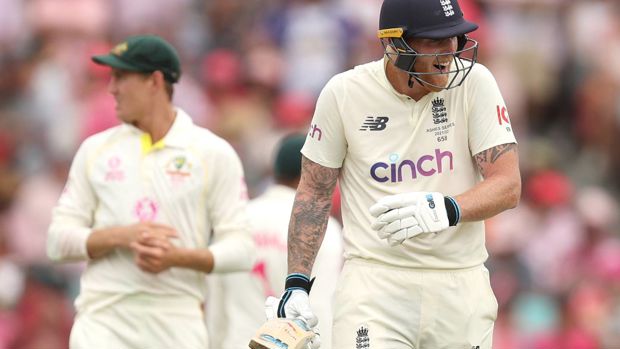 The cricketing world was left stunned by a "bizarre" incident on day three of the fourth Ashes test in Sydney.

Coming from around the wicket, Green got the ball to nip back into the left-hander and clip the top of off stump.

The ball deviated on its way through to the wicketkeeper, yet the bails were unmoved.

Presumably believing the ball had struck Stokes' pad, the Australians appealed for lbw and umpire Paul Reiffel awarded the wicket. But after Stokes called for a review, replays showed what had truly transpired.

🤯 I have no words. #Ashes @7Cricket pic.twitter.com/Kmfa9GgLqF

"I'm still in shock. I don't quite understand what we just saw. Look at how hard this hit the stumps. But the Australian team appealed too. What are they appealing for? I've never seen anything like that."

Australian batsman David Warner later started repeatedly flicking the off stump during the break in play, showing how much force was required for the bail to move.

Earlier, after Australia had declared their innings closed at 416-8 on Thursday, England's batting woes continued on Friday morning, with the visitors losing four wickets in the opening session before the lunch break.

However, Stokes and Jonny Bairstow fought back in the afternoon session, surviving until the tea break without losing another wicket.