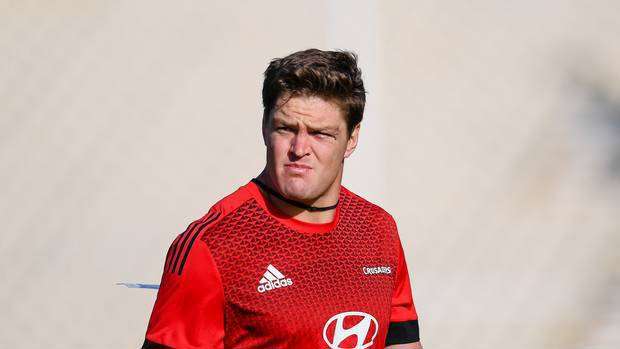 Crusaders captain Scott Barrett has been ruled out of the remainder of the Super Rugby Aotearoa competition due to injury.

Barrett suffered a significant injury to the structures supporting his big toe while playing in the Crusaders internal game on June 13.

After consultation with a foot specialist, it has been determined that Barrett will miss the remainder of the season to undergo surgery and allow sufficient time to recover.

His return to play date remains uncertain at this stage.

Alex Ainley has joined the Crusaders squad as injury cover for the competition, while Codie Taylor will take over as captain.

Chiefs and All Blacks loose forward Luke Jacobson has also been ruled out for the remainder of the season after fracturing his hand in Saturday night's 24-12 loss to the Blues in Hamilton.

Jacobson was playing in just his third match of 2020, after being limited to just 10 minutes of action in the Super Rugby season prior to the Covid-19 enforced hiatus due to a hamstring injury.

His hamstring injury came after he had shaken off a concussion which saw him ruled out of the All Blacks' Rugby World Cup campaign late last year - just a week before the competition started.