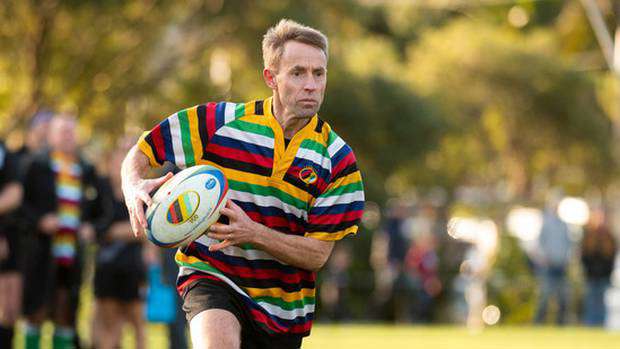 Dr Ashley Bloomfield has spent most of 2020 dealing with media scrums. On Saturday, he dealt with scrums of a different kind.

It was a sight for the many in attendance at the Wainuiomata Rugby Club in Wellington to see; Bloomfield packing down alongside the likes of Rodney So'oialo, Jason Eaton, Thomas Waldrom and Norm Hewitt for the Centurions in the 25th annual parliamentary rugby match.

The director general of health lined up at openside flanker the Centurions against the New Zealand Parliamentary team, scoring the first try of the match in a 19-10 win.

"That was a bit of a fluke really. I just ran a line and the boys popped it up to me," Bloomfield said of his try to open the scoring during a break in the action.

"It's been great packing down alongside Norm Hewitt, Rodney So'oialo, (and) Jason Eaton."

With a host of former rugby and league stars in both lineups, the rules were altered to level the playing field. Among them, players were not allowed to run for more than 15 metres before offloading the ball, and there was no jumping at lineouts.

The Centurions got out to a healthy 14-0 lead, with tries to Bloomfield and Waldrom, before the Parliamentary XV hit back through William Crowe and Richard Potton to close the gap to a 14-10 score line.

A late try sealed the deal for the Centurions, who closed out a nine-point win.