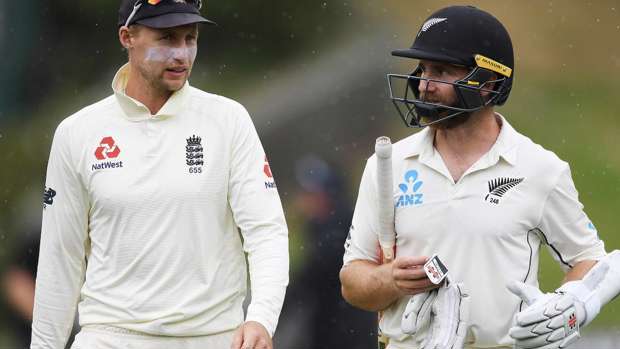 After going all of 2020 without a score above the 100 mark in test cricket, Root has begun the new year by posting his fourth double ton as part of a dominant English display in Galle.

Root's 228 provided England a strong total of 421 and a meaningful first innings lead of 286 in reply to a Sri Lankan side that struggled to 135 all-out on day one.

Speaking on television after the end of play on day three, Root said Williamson - currently ranked as the world's best test batsman - had helped inspire the big innings after a Covid-affected 2020.

"I have spent a lot of time just by myself working. [With Covid] that is the advantage of it. There is so much time to look back at things, look back at old footage.

"I watch footage from cricket around the world. Some of the best players, like Kane at the minute, are playing unbelievably well. I watch and learn how he goes about things, you have to learn off your peers and keep trying to advance your game."

Those performances have helped launch him to the top of the test batting rankings, 12 spots ahead of Root who averages an impressive 49.09 himself.

However, some serious reflection over the past year - along with a dose of coaching from some cricketing greats - seems to have sparked a renewed focus on top results for Root.

"We have some fantastic coaches as well: Paul Collingwood, Jacques Kallis and Graham Thorpe on a regular basis, it is great to learn from them.

"I had a clear method against each individual bowler. I have changed quite a few things. Tried to get more rhythm into my batting, using some triggers when the bowler is running in."

The team's leader now hopes his innings will translate into victory after the team wobbled chasing 74 runs to win late on day four.

"I set myself high standards but it won't mean half as much if we don't win. We need to press on and hammer home this advantage."

Root was run out for just one run in England's second innings chase, which left them sitting at 38/3. England chased down the target of 76 with the loss of three wickets to win by seven wickets.