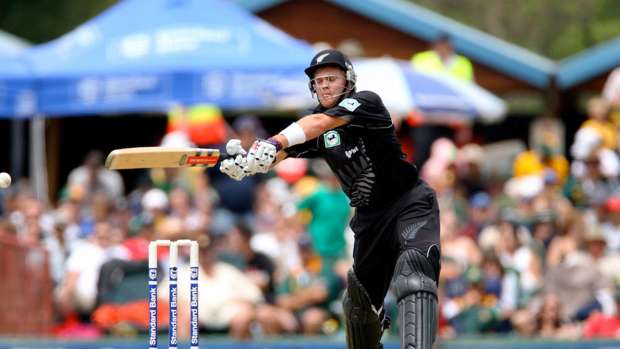 Match-fixer Lou Vincent has received some top level support as he contemplates trying to fight his cricket banishment.

Stead didn't directly call for the reinstatement of Vincent, who received 11 life bans from cricket after his 2014 confession.

But former test batsman Stead, who played for the Black Caps a couple of years before Vincent made his debut, gave the disgraced cricketer plenty of moral backing.

"Lou obviously made some mistakes and put his hand up and admitted to them as well," said Stead, on the eve of New Zealand's return to action against the West Indies in Auckland.

"It's pretty sad he has to sit back and can't go to a cricket ground.

"I also know…Lou is try to make amends. What he's done putting that little cricket club together - it's his way of somehow giving back to the game.

"I wish him well. Everyone is entitled to a second chance and I know his heart is in it for the right reasons."

And while Vincent's cricket bans are so comprehensive that he can't even enter a ground when a game is taking place, he has created his own path back into the game.

The 42-year-old lives in Raglan where he works as a builder and has constructed a little backyard practice area and pavilion which he has named the Windy Ridge Cricket Club.

Local families can use the area, and Vincent provides coaching tips.

Vincent said he experienced "pretty dark years". He has helped officialdom in its efforts to spot match-fixing as part of re-building his life.

Heath Mills, head of the New Zealand Cricket Players Association, is among those backing the idea that Vincent can make a slow return into official cricket.