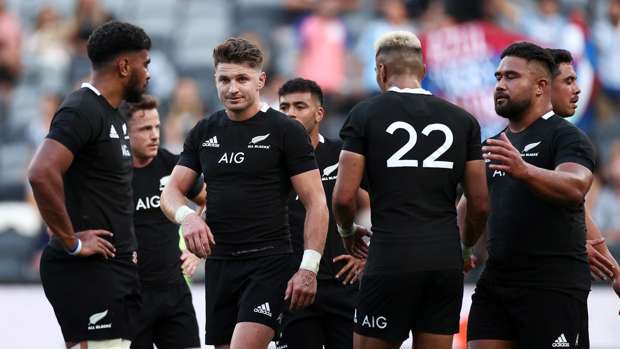 Officials investigating the ultimately failed bid for New Zealand to host the Rugby Championship warned that giving the event the green light could be seen as a "perceived bias" for both rugby and men's sport, documents reveal.

The fears were raised in a series of Government documents obtained under the Official Information Act, which also speak of how the health frontline against Covid-19 were "an already stretched and fatigued workforce".

New Zealand Rugby's (NZR) finances and subsequently its workforce were gutted earlier this year due to the huge hit Covid-19 made on the global sporting environment.

On July 1, the sporting body officially launched a bid to host the annual Rugby Championship here; something that government department officials agreed would both pump tens of millions into the economy, as well as providing "social benefits" for everyday Kiwis.

But in a briefing paper prepared by MBIE for government ministers, it raised three areas deemed "negative public perceptions".

Another potential red flag was "a perception that sports teams have been able to pay for preferential treatment where other groups, such as international students and agricultural workers do not have the means to do so".

If successful, the All Blacks, Argentina, South Africa and Wallabies would have battled it out for Southern Hemisphere supremacy around New Zealand.

But on September 11, those hopes were dashed when Sanzaar awarded the tournament to Australia.

The September 4 document made it clear that Australian officials were preparing a rival bid.

While the Ministry of Business, Innovation and Employment (MBIE) supported the NZR proposal in the document, it did raise concerns of how the country's health force was already "under huge pressure".

"The additional requirements posed by managing the health needs of sports codes will exacerbate this pressure."

And if there was an outbreak linked to the event, it would "result in further strain on an already stretched and fatigued workforce".

A bespoke MIQ facility in Queenstown could house up to two teams at one time.

And NZR also requested that each member of the four teams complete three negative Covid-19 tests before being allowed out of quarantine.

Prior to that document being prepared, Robinson had written to Sports Minister Grant Robertson, saying hosting the event would "provide an inspiring and unifying experience for the team of five million".

He also questioned whether the New Zealand Government could provide any "financial assistance" to "recognise" the costs of hosting the event.

NZR also tabled a lengthy response to question asked of it by government officials, including queries from the Ministry of Health on whether rugby players would adhere to strict quarantine rules.

The rugby body said it had been "educating" teams and national unions of what was expected of them if they toured New Zealand.

Team management could expel any team member for misconduct for managed isolation breaches. Visas could also be revoked leading to the immediate departure from New Zealand of those who transgressed.

In the September 4 paper, under a sub-heading of "Overall public benefit", MBIE wrote that hosting events like the Rugby Championship in the current climate "contributes to the ongoing social benefits to New Zealand".

In an earlier August 7 MBIE briefing document - labelled with an "urgent" priority - looking at criteria for assessing NZ Rugby's managed isolation and quarantine facility proposal cited that two of the teams, Argentina and the Springboks, came from "high-risk countries".

But it also laid out that successfully creating a "bespoke sport MIQ facility" for the event "could serve as a prototype for how New Zealand manages the isolation and quarantine of large sporting and other groups".

Such a move could also potentially reduce applications from non-New Zealanders for places in the MIQ system, it added.

During research into the proposal, officials from both the Ministry of Health and MIQ undertook site visits to locations in Queenstown and Christchurch, which could be set up as a "sport MIQ facility".

In the documents, NZR estimated that hosting a successful tournament would result in a "total direct economic impact" of between $26-28 million.

Further money would come from direct sponsorships and a share of both broadcasting rights and match-day profits.

If it had been approved, rugby officials would have picked up the full costs of quarantine for all teams.

But MBIE stressed: "If Covid-19 spreads as a result of it (and there is no guarantee it will not), then the flow-on costs for the community and potentially the nation (economy/society) are unlikely to be able to be recouped."

Current MIQ rules allow for just one hour's non-contact exercise for those in quarantine facilities.

But the rugby proposal would have allowed the four teams to train through their 14-day quarantine stays, something which would "increase injury risk" for them compared to others in MIQ.

The MBIE document said any treatment required would lead to increases in the "health cost incurred to manage the resulting health risks of Covid-19 spreading undetected amongst players".

If a ball left the immediate area of the training field, it could be recovered by only a staff member wearing disposable gloves.

And players would be banned from spitting on the ground at any time.

Robinson first made the application to host the Rugby Championship on July 1.

A joint reply from then-Minister of Housing Megan Woods and Minister of Health Chris Hipkins described it a "constructive approach" that appreciated public health risks.

But they stressed: "You will understand the Government's number one priority is - and must be - to keep Covid-19 out of our community. The health of New Zealanders is paramount. The integrity of our processes at the border and MIQ facilities is our critical line of defence."