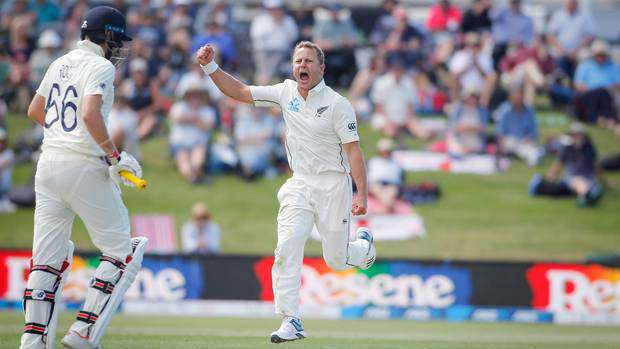 Cricket's global governing body is forging ahead with plans to stage an inaugural World Test Championship final in 2021, despite the disruption caused to the international game by the coronavirus outbreak.

The International Cricket Council devised the championship to give some context to dozens of test series taking place around the world every year, finally giving the five-day game its own standalone showpiece to go with World Cup finals in the ODI and T20 formats.

Having been forced to cancel its inaugural competition in both 2013 and '17, there were concerns the ICC would shelve its latest attempts to hold the WTC final next year because of so many test series being called off amid the pandemic. The World Twenty20 finals, scheduled for October this year, have already been canceled.

However, Tom Harrison, chief executive of the England and Wales Cricket Board, said he has been notified by the ICC that the WTC final is "proceeding as scheduled."

"Now they are working out what to do with the points from the series that haven't been played," Harrison said Monday. "And how to distribute those points, which is obviously going to be completely material in terms of who ends up playing in that final."

The nine test countries playing the competition were scheduled to play six series home and away over a two-year period starting in 2019. The top two teams in the standings would then meet in the final in June 2021. These are currently India and Australia.

While England, India and Pakistan have played four series each, four countries — Sri Lanka, West Indies, South Africa and Bangladesh — have only played two. Australia and New Zealand have played three series each. With coronavirus restrictions in place globally and varying from country to country, all fixtures are unlikely to take place.

Harrison said England was keen to stage the final and that the ICC's preference would be that it took place at Lord's, where the 50-over World Cup final was staged last year.

"It's the home of cricket on an international level, and it certainly has a role to play in the positioning of test cricket," Harrison said. "But we are talking about a COVID environment and when you put COVID into a negotiations like this, it changes everything.

"If you are taking part in that fixture and you have potentially two neutral teams playing a world final in the U.K., I'm pretty sure you'd want to know you are safe and protected when it comes to the health environment you are heading into."

After successfully hosting test, ODI and T20 matches in isolated environments across the English summer, the ECB faces a challenging task arranging England's winter fixtures. It is hoped England can travel to South Africa, Sri Lanka and India over the next seven months, but Harrison said the relationship between the governments and cricket boards in those countries were different to that in England.

"Not everyone enjoys the collaborative relationship we have enjoyed with our government this year in order to secure waivers for elite sportspeople coming into this country," he said.

"What I want to say is that we will not sign off plans that we are not comfortable with in terms of the health and wellbeing of our players and staff."

The ECB's chief medical officer, Nick Peirce, said there was a concern that players and staff being moved between "endless bubbles" could affect people's mental health.

"More importantly I don't think what's helpful will be the imposed prolonged quarantines or unknown ways in which governments will handle a positive test or people who have come from a perceived high-risk country," Peirce said.

"And, unfortunately, Britain is escalating in terms of the way it's perceived is a risk."

The ECB said it lost about 100 million pounds ($127 million) because of the coronavirus this year, leading to a 20% cut in its workforce.

Harrison said the financial impact for 2021 could be as much as 200 million pounds ($254 million) if home and away tours are disrupted.