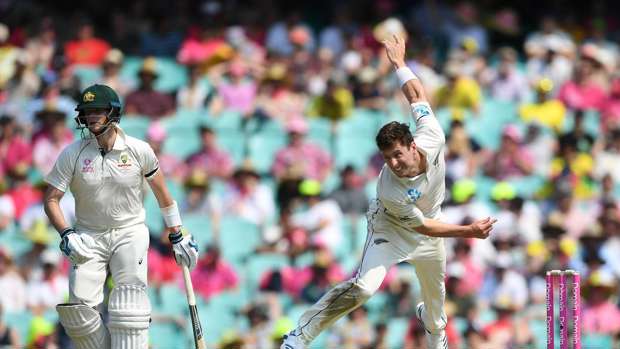 After a year to forget, Black Caps seamer Matt Henry is ready to launch into 2021 by taking the opportunities that present themselves.

The Canterbury bowler was called into the Black Caps test squad today to replace Neil Wagner, ahead of the second test against Pakistan which begins on Sunday in Christchurch.

Wagner was ruled out due to toe injuries suffered in the side's win over Pakistan in the first test at the Bay Oval earlier this week, and is expected to be sidelined for six weeks.

Henry hasn't appeared for the Black Caps since January last year after sustaining a thumb injury in the final test against Australia, before sustaining a similar injury on his other hand in October.

However, after some time with Canterbury and the New Zealand A squad, Henry is itching to get back into his work at the top level.

"You wouldn't read about it; both thumbs in one year. I'm glad 2020's over, but it's good to be back playing cricket," Henry said.

"Obviously it's a shame with what happened to Waggy's foot, but I'm very excited to be here at home back in the squad."

Henry has large boots to fill should he get the nod to replace Wagner in the playing XI. Since the start of 2018, Wagner has taken 75 wickets at an average of 23.36, often in the role of workhorse with a used ball for the Black Caps.

In the first test against Pakistan, Wagner impressed with his maintained output despite bowling with broken toes in both innings. In the second innings, he bowled 11 overs in a row.