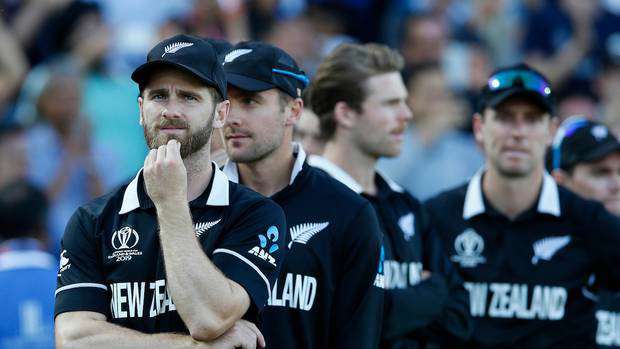 Former Indian cricketer Gautam Gambhir has revealed he believes New Zealand was the most consistent team at last year's Cricket World Cup and should have been crowned joint winners alongside England.

The Black Caps lost to the hosts on a boundary count in the final at Lord's after the scores were tied following a Super Over, and the controversial finish has sparked debate amongst cricket fans and stars across the world since.

"There should have been joint World Cup winners last time around. New Zealand should have gotten that tag of being world champions, but it was unfortunate," the cricketer-turned-politician said on Star Sports' show 'Cricket Connected'.

"I think they have been very competitive in every condition they have played. We don't give them enough credit."

The Black Caps could be back in action sooner than expected, with talks beginning with Australia to fire up their cricket rivalry with hastily arranged matches this year.

The respective Governments are open to forming a special travel bubble without quarantine requirements, while still maintaining border restrictions with the rest of the world.

The potential for a unique international travel arrangement between the two countries could provide better news on the field for both the Black Caps and White Ferns.

"A Tasman bubble would be terrific if it did eventuate (and) present some opportunities. The key is to keep an open mind and be flexible so if opportunities do arise we can take them.

"We haven't talked specifics. What we have talked about is conceptually the possibility of playing each other."