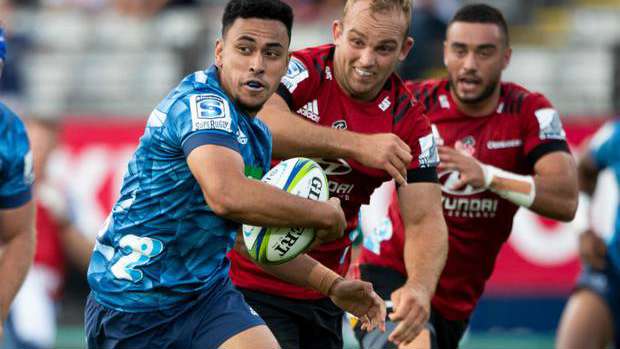 By: Patrick McKendry and Dylan Cleaver

An explosive communication from New Zealand Rugby has highlighted how precarious the health of the sport is amid the widespread disruption caused by Covid-19.

The memo was sent to Super Rugby franchises after days of working the phones with Sanzaar partners trying to resurrect what they can from the 2020 season.

New Zealand Rugby is working on a domestic competition featuring the five Kiwi Super Rugby teams as a replacement for Super Rugby this year.

With the tournament – which also features teams from Australia, South Africa, Argentina and Japan – suspended for the next two weeks and likely to be cancelled this year due to the travel restrictions put in place, NZ Rugby and its players have quickly looked for an alternative.

The NZ Herald has learned that the key priority for the national body is to provide content for broadcaster Sky TV, whom they have an equity stake in.

NZ Rugby realise that any multinational playoff proposal is almost certain to be quashed by Government travel restrictions and, in another setback, they do not expect Wales or Scotland to be cleared to travel south for the winter international window.

In effect, they say, they're committing to a playoff series they believe will not happen but remain hopeful that a 10-week, closed-door domestic competition will keep the players, sponsors, fans and - most pertinently - broadcasters happy.

NZR is in a difficult position and appear to be trying to thread a camel through the eye of a needle.

On the one hand they are desperate to prop up their rights-holding broadcaster by providing desperately-needed content; on the other they cannot appear to be putting themselves above the national interest in terms of abiding by Government strategies for containing the virus that has played havoc with the sporting world.

NZ Rugby Players' Association boss Rob Nichol highlighted the difficulties faced by rugby's stakeholders but said all had to be aligned in their thinking to get through this.

He said everybody was acutely aware that the health and safety of the players and the public was the first priority.

"The second priority is to align anything we do in terms of competitions and matches with the advice from the Government and Ministry of Health around their strategy for dealing with this pandemic," Nichol continued.

However, he said, they also had an obligation to the sport and to the rugby-loving country to try to find solutions that would enable them to restart the game, which he labelled as a "great unifier".

Nichol said he had 16 players on the phone last night and to a person they were keen to play, but only if it was deemed appropriate.

"It's one thing saying we're going to do this or that but things are changing so fast that what seems doable today might be impossible in two weeks, we just don't know," he said.

Sky TV, which has seen its share price drop rapidly over the past year, is also understood to be extremely keen to broadcast live rugby content and the prospect of the five Kiwi teams playing each other in derbies, albeit almost certainly behind closed doors, could also interest sport-starved rugby fans around the world.

With the Highlanders having returned from their cancelled game against the Jaguares in Buenos Aires this week – and facing a fortnight of self-isolation in accordance with the New Zealand government's protocols brought over the weekend, any competition won't start for two weeks at least.

The idea has been given the all clear by Sanzaar chief executive Andy Marinos.

NZ Rugby chief executive Mark Robinson, who has been in the job for four tumultuous months, said his organisation's priority was ensuring public safety, "but now our attention has shifted to how we make the best of this situation".

"We're quite excited about what we're starting to develop with our Super clubs and Sky obviously heavily involved… this is a process which is quite complex and detailed," he said."

"We know people are going to be interested because there are a lot of restrictions around what people can do at the moment. We're very mindful of what our fans want at the moment. This is a fresh opportunity and we've got to take it and make something exciting out of it."

He said the players' association were being fully involved in all discussions. Asked whether the players may be willing to take a pay cut, Robinson said: "It's premature to go into the detail of what those discussions might look like."