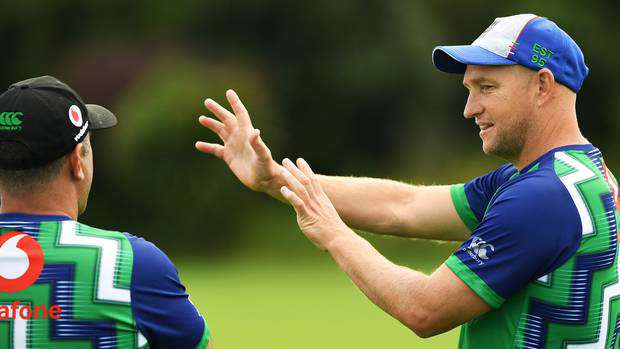 It appears new Warriors head coach Nathan Brown is not mucking around when it comes to targeting players to join him at the club in 2020.

According to the Daily Telegraph, Brown has five players on his wishlist.

The Warriors have a number off players off contract at the end of the year including Peta Hiku, Gerard Beale, Lachlan Burr and Isaiah Papali'i.

"Adam Elliott is a great player," Meninga said. "We don't know where Jack de Belin is going to be.

"Euan Aitken would be a great pick-up, he's starting to find his feet in the centres with the Dragons.

"Oliver Gildart is an English international, he's a bit on the small side, you need big outside backs in the modern era.

Dragons forward de Belin is due to face trial over sexual assault charges this year and is no certainty to return to the game, but it hasn't stopped a number of NRL clubs expressing interest.

"He'd be an outstanding signing for the club, what Jack would bring to the club.

"As I said, the club were talking to Jack before I come to the table, a type that would be an outstanding acquisition."