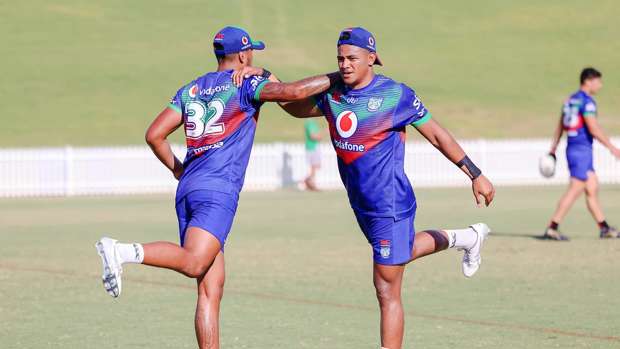 The New Zealand Warriors could benefit from the NRL's attempts to have players jump the Covid-19 vaccine queue in Australia.

According to the Sydney Morning Herald, ARL Commissioner Peter V'landys will ask the federal government in Australia if players can move ahead in the vaccine queue, in the hope the Warriors will be able to play home games in 2021.

V'landys will make a request for all NRL players to be in the third phase of Australia's vaccine roll-out.

"Under no circumstances are we going to jump the gun and go before emergency workers and the most vulnerable.

"But after that, there's naturally some discussions to be had, to be on that list relatively high."

As it stands the Warriors are set up in Tamworth, New South Wales before they will be based in Terrigal on the Central Coast for at least the first four rounds of the new season, which includes the club's first two home games - across the opening two rounds.

Any NRL matches back in New Zealand would depend on a transtasman bubble or an exemption for players to skip managed isolation.

Warriors CEO Cameron George said last month he remained hopeful the club will be in a position to return to Mt Smart Stadium for their third scheduled home fixture, which will be in round five.

Whether borders open up during that time or not, George said the team would be staying in Australia for the first four rounds regardless.

"We're so desperate to be here and play in front of our fans," he said.