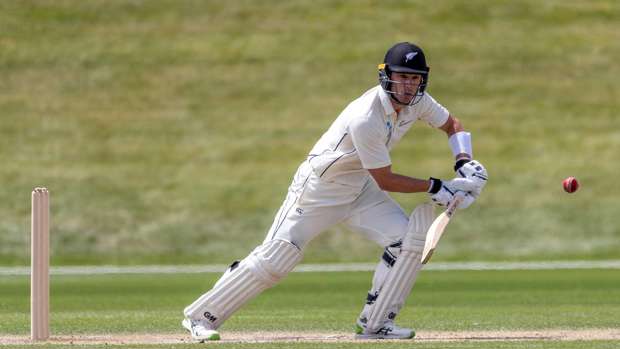 One of New Zealand's unluckiest cricketers is in line to finally make his international debut.

Will Young is set to make his test debut tomorrow, with wicketkeeper BJ Watling likely to miss the test due to a hamstring injury picked up in the domestic one-day Ford Trophy with Northern Districts.

A call on Watling's health will be made today, with Devon Conway coming into the side as injury cover, but Black Caps head coach Gary Stead confirmed that Young would be first in line to make his long-awaited debut, albeit in the relatively unfamiliar position of opening the batting.

"Will Young was named in the team initially so he would come into the starting lineup and Devon would come in as batting cover," said Stead.

"What that would mean is that Tom Blundell will take the gloves if BJ was ruled out and bat in the middle order."

Young was set to make his debut against Bangladesh last year before the final test was called off following the Christchurch mosque attacks. He was on the verge of becoming a Black Caps regular in 2019, before suffering a shoulder injury during training camp in May, not long after receiving his first NZC contract. That kept him out of the World Cup squad to travel to England where he was set to act as batting cover, and saw the likes of Blundell and Glenn Phillips given test opportunities ahead of the 28-year-old.

Young made his return for Central Districts in January, ending a long seven month lay-off, and has been in stellar form early in the new domestic season, scoring an unbeaten 110 in the Plunket Shield against Northern Districts, before hitting 133 last week for New Zealand A against the West Indies in a four-day warm-up match.

Stead is happy with the state of the Black Caps' depth which allows players like Young to slot in to the team.

"I think Will's scored four of five A centuries now in the last couple of years, Devon's obviously done what he's done in domestic cricket and put a lot of runs on the board as well," he says.

"It's not only the batting places, I think the bowling places as well – the emergence of Kyle Jamieson and we've all seen Lockie's [Ferguson] pace, and Matt Henry's on the sideline as well.

"It's really healthy for us we have that competition for places and I think if we do have injuries, some replacements that can step straight into the test side."

Conway's call-up is further recognition of his efforts in the domestic game and his two appearances in international Twenty20s.

The South Africa native earned his first cap in New Zealand's five-wicket win over the Windies at Eden Park, hitting 41, before backing that up with 65 in the second T20I win Mount Maunganui.

The Black Caps claimed the series 2-0, though Stead knows there is no relevance to be gleaned from that result when projecting to the first test which starts at Seddon Park in Hamilton tomorrow.

"I think it's a fresh start. Very close to none of the [West Indies] players there are actually here now, only two.

"We gave the guys the chance to get home and freshen up – [to] prepare as well as they can.

"I know there's some real excitement about the whole group getting back together. It's always healthy when you put your selectors' hat on when you have a lot of genuine competition for places."