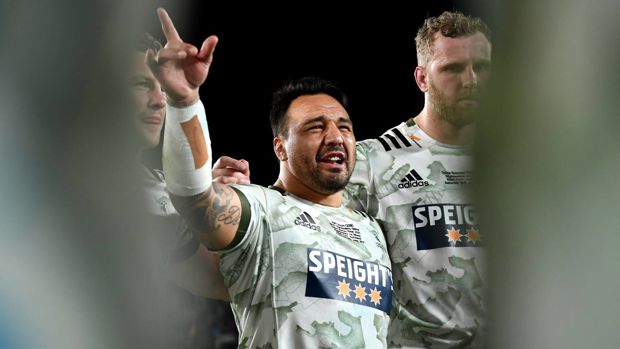 Year after year, the Highlanders are given the tag of New Zealand rugby's underdogs.

Despite the fact they have finished every competition after 2013 above at least one other Kiwi outfit in the standings, the resources available to them see many plant them at the bottom of the heap.

Yet the Southerners continue to defy expectations of fans and pundits. As hooker and co-captain Ash Dixon put it, their slim defeat to a Blues side full of All Blacks in the Sky Super Rugby transtasman final on Saturday night showing what can be achieved with a good team culture and environment.

"Our resources and, I guess, our budget is a lot different to other teams. We had 13 guys out, one All Black out there and one Japanese player against 10 All Blacks," Dixon said after the match.

"For me, if we can keep working on our game and sort out some injuries that we had, we're right in the money. Our culture is great, our team is great; we're just going to get better and better. That's the challenge for us – to keep looking forward with our boys.

"We obviously don't get the cream of the crop, but the guys we do get, some of them have a bit of a chip on their shoulder and want to prove something to other players, so that's how we get on with it."

"They've got pretty good resources with their gym; I've heard they've got a café and a cook and about five showers and saunas and spas. We've got two showers and one of them wasn't working, then someone blocked the s****er this week so we only had one s****er. But we're used to it; we just suck it up and get on with it."

In a closely contested final, the Highlanders backed their defence to muscle up against the All Blacks-heavy Blues forward pack, taking the three points at every opportunity rather than look for tries from penalties as they had to do throughout the Super Rugby transtasman campaign.

While first five-eighth Mitch Hunt and fullback Josh Ioane were reliable from the tee, and the concrete shoulders of openside flanker Billy Harmon and loosehead prop Ethan de Groot led the defence with 17 and 15 tackles respectively, tries to Blues winger Mark Telea and reserve flanker Blake Gibson proved to be the difference on the night.

After five weeks of playing against Australian foe, Dixon said it was "brutal" to play against a fellow Kiwi team in the final, and said while the loss was tough, he was proud of what the team had achieved.

"To be honest, it felt like I was at high school playing lunchtime footy – it was like, just go for it," he said.