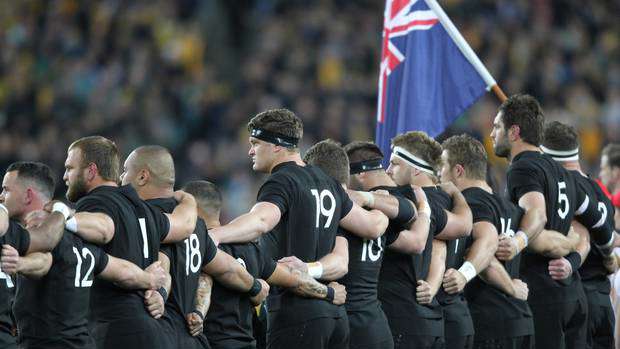 Prime Minister Jacinda Ardern has confirmed that the New Zealand Government will change quarantine rules to allow the Wallabies to prepare for the Bledisloe Cup in New Zealand.

Ardern said today she had spoken to Australian Prime Minister Scott Morrison last night to ensure the All Blacks' two Bledisloe Cup matches in New Zealand would still go ahead in October.

"I just wanted to make sure that he was aware ... I was made aware last night that there were a few little rumblings around the arrangements that we had in place," Ardern told Newstalk ZB's Mike Hosking.

"Always better to get ahead of these things before they escalate. Given we had a bit of a deal - we go there, they come here, we both benefit. I thought he might want to know there were a few discussions as to whether the Aussies were still going to come."

New Zealand has been confirmed to host two Bledisloe Cup tests after missing out on the hosting rights for the Rugby Championship due to restrictive quarantine protocols.

According to NZ Rugby chairman Brent Impey, New Zealand's quarantine protocols initially restricted teams to individual isolation for the first three days, before being allowed to form bubbles of 15 for training from days four to seven. After a second negative test, they would be able to expand the bubble to 25 from days eight to 14. "If there was a positive test, then it's all over," Impey said.

Speaking about the issue this morning, Ardern confirmed the director general had advised that the Wallabies would now be able to start training after three days and as a full squad after six days.

PM @jacindaardern has confirmed quarantine details have changed to allow Wallabies to prepare in NZ. See you here next month, @wallabies

She believed they were still coming: "There's no reason for them not to."

She said the risk profile for the Australians was different for teams in the wider Rugby Championship - South Africa and Argentina. In the latter's case, some players and coach Mario Ledesma had tested positive for Covid-19.

"Quarantine shouldn't be an issue," Ardern added. "We just want to make sure that we go there and they go here and it's a fair arrangement."

Ardern's comments come after Rennie went as far as ruling his team out of being able to play the first Bledisloe Cup test on October 10, which was initially mooted as a potential date.

The Herald understands the tests are scheduled for October 17 and October 24, but Rennie still wanted changes to the quarantine restrictions.

Minister of Sport Grant Robertson said the Wallabies are set to be based in Christchurch for their pre-Bledisloe Cup quarantine.

"Most likely location will be in Christchurch," Robertson told TVNZ. "It will be in a dedicated isolation facility, and they will be able to bus to and from their training grounds."