Super Rugby teams have taken a 'lighter' approach to their away kit for the 2021 season.

The Chiefs, Blues, Highlanders Crusaders and Hurricanes have all rolled out largely white jerseys which feature the club's main colour on its sleeves.

It's a radical change from previous years, where teams featured very little difference between one another and is a far better look than those from last year. 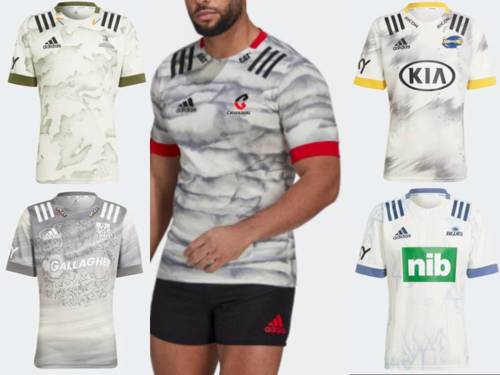 The 2020 away jerseys, which not only diverged away from the franchise's traditional colours but clashed with the opposition, received an onslaught of criticism online.

All blueish/grey in colour, the alternate jerseys were part of a marketing push for a 'recycled' jersey using plastics from the ocean. The only problem was the colour schemes had no connection to the franchises resulting in bland looks for the teams.

Also made from "a high-performance recycled material," this year's jerseys are being sold for $150 on adidas.co.nz and via the Adidas app.

The white jersey away rule is a common practice around the world.

In American football and ice hockey, home teams often wear uniforms that feature their official team colours, whereas the visiting team wear white or colours opposite of the home team's choice.