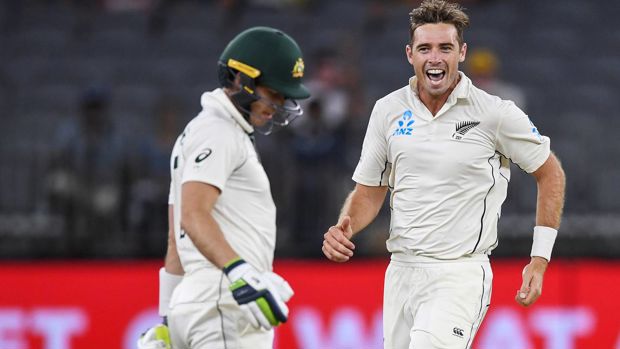 The Black Caps have just come off a series win over England, dominating the second test with an eight wicket victory.

However, Paine believes India will still claim the win in the inaugural WTC final and do it comfortably.

"My prediction is India will win pretty comfortably if they play anywhere near their best," he told cricket.com.au.

Paine, who will lead Australia against England in the Ashes in December, said England weren't at full capacity against the Black Caps.

"I think New Zealand are a good team, for one, and secondly if we're being realistic, I think it's really different team that England put on the field to what we're probably going to see in the Ashes.

"Obviously there were some key players in their side that did play and I think will play a key role so you're always keeping an eye on that. But keeping it in perspective, it certainly wasn't England's strongest team.

"We know when they come here they're going to get a Ben Stokes, they're going to have Jofra Archer, they're probably going to play a spinner I would imagine, and a few other guys particularly some all-rounders that really strengthen their depth both ways."

Paine said the Aussies won't be reading too much into England's disappointing performance against New Zealand.

"We know England are a better side than what they put up and regardless of how strong teams are, we know Ashes series are hard to win. We'll take a little bit from it but don't read too much into it at the same time."