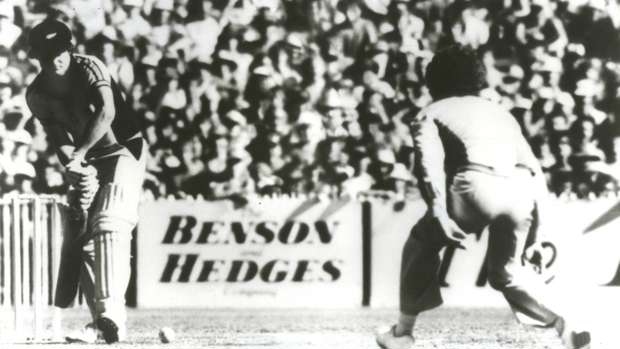 That has been Trevor Chappell's stance on the infamous underarm delivery, cricket's roll of shame which led to a transtasman furore.

As the 40th anniversary approaches, the man who delivered the ball at the MCG is still refusing to say sorry.

And the 68-year-old Chappell has also revealed he never talks about it with big brother Greg, the Aussie captain who instructed Trevor to roll the final ball to Kiwi batsman Brian McKechnie.

Tailender McKechnie had no chance of hitting a tying six – it was highly unlikely at the massive ground anyway – thus ensuring an Aussie victory in the 50 over game.

Trevor Chappell has come across as a humble bloke over the years, and he was an emerging player who felt powerless when Greg told him how to deliver what was, at that time, a legal but never used delivery.

In terms of sportsmanship though, the underarm ball was well below the belt. A firestorm raged, and the embers still glow brightly to this day. "I remember talking to Greg in the 1990s when he was living in Canberra and it was February 1, the anniversary," Trevor Chappell told the Telegraph.

"I said to him 'you know what today is?'. That is about as close as we have come to really talking about it.

"There is not much point. It was a negative thing in your life. Get over it. Get on with life.

"Focusing on negative events does not do your mental health or physical healthy any good.

"For the most part I try not to think about it but a situation at the moment with the 40th anniversary will be hard to avoid.

"Then it is just a matter of taking it as light and easy as possible. Get on the bandwagon without taking the piss out of it really.

"Greg told me he had a couple of lines ready, like the day I chased him around the backyard with a tomahawk when we were young. He reckons it took him a long time to get revenge but he got me in the end."

Subsequent coverage of the underarm controversy has centered on the extraordinary burdens that a test captain like Greg Chappell was left to carry in those days, and how exhausted he was when making the decision. Greg Chappell claims this pressure had left him "unfit to be captain".

Trevor Chappell also talked about his interaction with Kiwi fans, one of who asked for his autograph even though he thought Trevor was an "a*******".

The underarm incident is said to have changed Trevor Chappell's life, and the implications dawned on him very quickly at the ground.

"Normally the tunnel we would go through out the back of the change rooms would be full of kids looking for autographs," he said.

"Someone looked out and noticed it was empty. That was very unusual.

"We packed our bags…players tried to lighten it up. Doug Walters had that line about how the game is never over until the last ball is bowled.

"Len Pascoe joked that next time Greg spoke to the media he would say 'I have no idea why Trevor would do something like that."