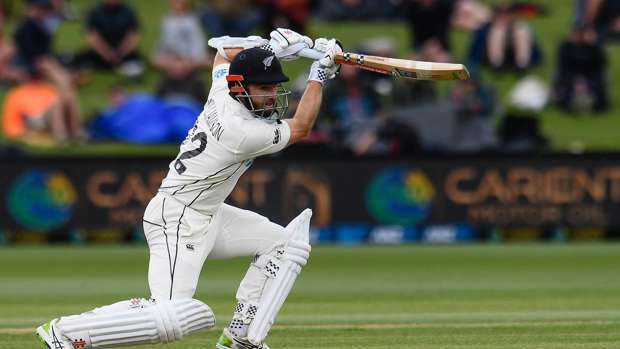 The Black Caps and India will not meet at Lord's as originally planned for the World Test Championship final in June.

BCCI president Sourav Ganguly has revealed that Southampton's Rose Bowl will now be the venue for the inaugural test championship.

Ganguly said Southampton is better suited because it has an on-site hotel, which suits with the strict guidelines around Covid-19.

New Zealand have never played a test at the Rose Bowl while India have lost their only two encounters at the ground, the most recent a 60-run loss in 2018 where neither team passed a total of 280.

Of the three tests played at the ground last year, two finished in draws with rain falling on all five days in the first test between England and Pakistan.

The Black Caps are still scheduled to play at Lord's in the lead-up to the World Test Championship final, in the first test of a two-match series against England.

The second test will be at Edgbaston.

Meanwhile, New Zealand Cricket (NZC) is hoping its leading players will be some of the first people in the country to receive Covid-19 vaccinations; outside of border workers, their families and front-facing health workers.

The organisation confirmed with Newstalk ZB on Monday that it is in discussions with the Government ahead of a busy year of touring for the Black Caps, including competing in the inaugural World Test Championship final in June.

NZC CEO David White told AAP that negotiations were under way with the Government as part of a scheme to free up international travel for workers for whom it is deemed essential to their livelihood.

"The Government has got a scheme for workers who travel overseas, there's a possibility to get vaccinated.

"So we've commenced discussions with the Government about that."

However, Prime Minister Jacinda Ardern told media on Monday that she had not had any conversations with NZC.

She did acknowledge the situation though, saying "we know it's an issue."

"We will be weighing up all the factors," she said when asked if sports teams will be prioritised.

"We have a number of different groups that may have the job of representing New Zealand abroad who will be asking for advice on how to manage vaccine in amongst that.

"So that's something we need to give consideration to, we haven't made decisions yet."

Government Cabinet ministers have received advice regarding a nationwide vaccination schedule but have yet to finalise or publish a complete plan.

Covid-19 Response Minister Chris Hipkins said last week that frontline health and emergency workers would be up next, after border workers and their families, but further decisions had yet to be signed off by Cabinet.

When asked in February about the possibility of athletes who required international travel, to events such as the Olympics, receiving vaccinations before the general public, Ardern avoided a direct answer.

"That's a conversation for further down the track," she said. "We are focusing on those domestically who are at the greatest risk."

After completing a home series of ODIs and T20s against Bangladesh on the first of April, some of New Zealand's top players are set to travel to India to take part in this year's Indian Premier League beginning April.

Those players - some of whom expect to spend up to 10 months overseas in 2021 - will then join a wider squad in England in May to begin a tour that includes two test matches against England and the World Test Championship final.

Following the England jaunt there is a return to Pakistan, the World T20 in India and a tour of Bangladesh where every port of call carries the risk of players contracting Covid-19 and putting those fixtures in jeopardy.