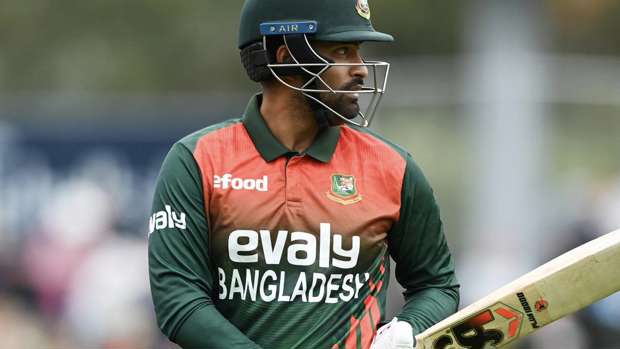 Bangladesh cricket captain Tamim Iqbal has been scathing in his review of his team's series performance after they were swept 3-0 by New Zealand on Friday.

Speaking after the side's second big loss of the series, this time by 164 runs after going down by eight wickets in the series opener, Iqbal said the team came to New Zealand expecting to compete with a squad full of talented players.

However, he said that talent desperately needed to find consistency if the side wanted to truly challenge the Black Caps in their three upcoming Twenty20 fixtures.

"I thought, and I'm sure everybody in the team thought, that no matter what, we would at least compete; and we didn't compete in the first and the third game," Iqbal told media following last night's defeat.

"We are a much better team. If we continue playing like this, we're going nowhere."

Outside of a brief period in the second match of the series, Bangladesh have looked completely outmatched against a Black Caps side that haven't lost an ODI on home soil for over two years. However, Iqbal says the side are aware of New Zealand conditions, they just have to step up.

"We understand it's a different condition than back home, but we have to improve a lot to compete with them [New Zealand].

"You know the ball will always do something in New Zealand early on, you just have to hang in tight. New Zealand surfaces are difficult to start but they get better to bat on. We didn't allow ourselves the chance to bat deep.

"We have ourselves to blame and we have to pick up our cricket and see where we go from here."

Bangladesh have now played 29 international cricket matches against New Zealand in New Zealand and lost them all, including 16 ODIs.

With the Black Caps team resting their best players in the upcoming T20 series, Iqbal says the side have an opportunity and motivation to bounce back.

"I'm sure the team will do well, I can wish them well. The T20 World Cup is coming soon and these three T20s will be equally important."

On Tuesday, New Zealand named their squad to play the season-ending T20I series and as was widely tipped, it will see a potential debut for explosive Wellington opener Finn Allen.

It caps a meteoric rise for the 21-year-old who a year ago was languishing on the fringes of the Auckland squad. Since then he has signed for Wellington, set records in the Super Smash, was called up as injury cover for Martin Guptill in the Black Caps, earned an IPL contract and now has a chance to prove himself at international level ahead of the World T20 in India this year.

Six regulars, including Kane Williamson are missing. He is joined on the sidelines for this series by Mitchell Santner, Kyle Jamieson, Jimmy Neesham, Tim Seifert and Trent Boult.

Game one of the series takes place on Sunday in Hamilton from 2pm.