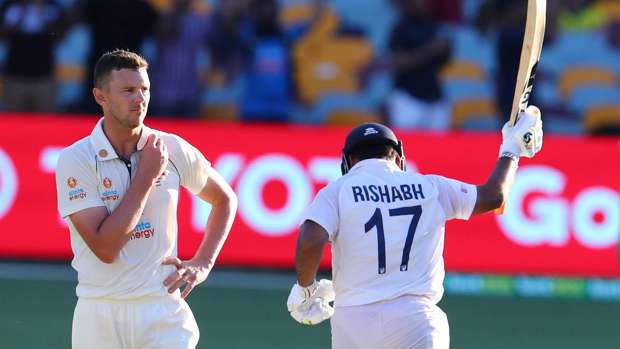 India's brilliant series-clinching victory over Australia in Brisbane yesterday has serious implications on whether the Black Caps will qualify for the World Test Championship later this year.

India went into the fourth and final test at the Gabba as huge underdogs after several key players were ruled out of the test with injuries.

As well as skipper Virat Kohli back in India following the birth of his first child, and Australia having an unbeaten run at the ground stretching back to 1988 - it seemed an Indian victory was the most unlikely outcome.

After the hard-fought win at The Gabba, India move to the No.1 spot in ICC World Test Championship standings 💥

Australia slip to No.3 👇#WTC21 pic.twitter.com/UrTLE4Rui0

However, they chased down 329 on the final day to win by three wickets with wicketkeeper Rishabh Pant the hero, scoring 89 not out as well as the winning runs to complete the 2-1 series victory.

As it stands New Zealand now sit second on the World Test Championship standings with a winning percentage of 70 percent, following a perfect summer of four test wins over West Indies and Pakistan.

India now lead the standings on 71.7 percent and Australia have dropped from first to third on 69.2 percent.

The top two sides will face off in the final in England in June. The final is expected to take place at Lord's but could be moved to either Manchester or Southampton due to Covid-19 restrictions and the lack of hotel options next to the London ground.

The Black Caps, ranked first in the ICC test rankings, have no more tests remaining before the finalists are decided while India head home to face England in a four-match series and Australia are meant to face South Africa.

The yet to be confirmed South African series could decide the Black Caps' fate.

The nation discovered a new strain of the virus late last year and are still recording more than 9000 cases a day.

If the tour doesn't go ahead, then the Black Caps are into the final.

The Sydney Morning Herald reported last month that Cricket Australia could offer to host the series with matches to be played in Perth or the UAE. But time is ticking for Tim Paine's men.

England could also come into the calculations if they win the second test against Sri Lanka to claim a 2-0 series victory and then earn a big series win in India.

But as it stands it's likely a three-team race.

Here's what India needs to make the final
- Two wins and a draw against England.