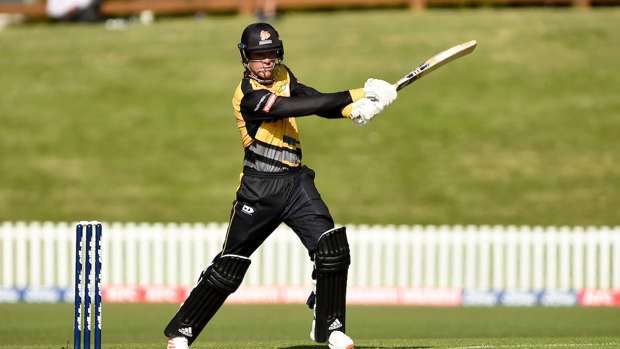 It was unrealistic to ask anyone to follow in Sophie Devine's footsteps in the men's match between the same two provinces which followed the White Ferns great's record-breaking century, but young Wellington opener Finn Allen came close.

Allen blasted an unbeaten 92 from 43 balls as the Wellington Firebirds emulated the Blaze with a dominant chase, hunting down Otago's 167-5 with a whopping five wickets and 21 balls to spare.

Allen's career-best knock continues his incredible start to 2021, after the 21-year-old blasted 91 not out off 50 balls and 75 from 39 against Northern Districts to begin the new year.

Neil Broom (57 off 48) and Anaru Kitchen (57 not out from 32) had earlier given Otago a decent total to defend at University Oval, but once Allen tonked 28 off Michael Rae's first – and only – over, there was only going to be one winner.

Like their female counterparts, the Firebirds top the table, with five wins from as many games, while Otago drop to fourth with a 2-3 record. Canterbury and Northern Districts meet in tomorrow's double-header at Hagley Oval.