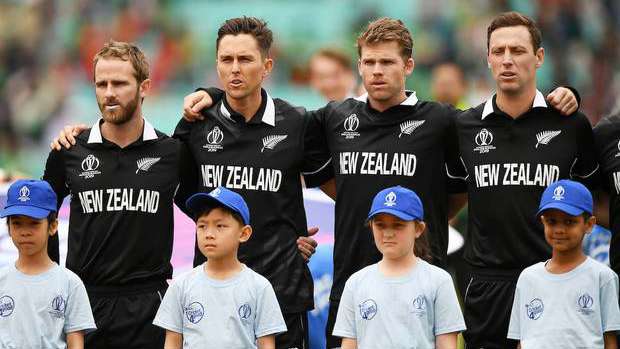 The Black Caps have named a full-strength squad – for the first time this summer – as they attempt to make history in Australia.

Trent Boult, Matt Henry and Lockie Ferguson have returned to the New Zealand ODI squad for their three-match Chappell-Hadlee series against Australia, with the seam trio who shone at the World Cup having all recovered from the injuries which kept them out of the 3-0 sweep of India last month.

They join Tim Southee and Kyle Jamieson in a seam-bowling attack that makes up a third of the 15-man squad, which is carrying the ambition of becoming the first New Zealand side to claim an ODI series victory in Australia.

Of the 15 men who were part of the famous World Cup campaign, 14 return for this series, with Colin Munro the only absentee, replaced by Jamieson. Meanwhile, from the 14-man squad initially announced to play India, Hamish Bennett and Scott Kuggeleijn drop out, with the World Cup seam attack of Boult, Henry and Ferguson coming in.

The 15-man squad allows the Black Caps to avoid a tough call between Southee and Jamieson for the fourth seam spot, though it's likely that the triumvirate that performed so well at the Cup will remain first-choice. Additionally, the inclusion of both Mitchell Santner and Ish Sodhi in the squad, with two games at spinner-friendly SCG, might leave limited space for all five seamers to play a role during the series.

Otherwise, the squad largely picks itself, with no changes required in the batting lineup after their impressive displays against India. Henry Nicholls and Martin Guptill's promising partnership at the top of the order will continue, while Jimmy Neesham and Colin de Grandhomme are retained as seam-bowling all-rounders.

It's a squad that will have as good a chance as any to break their duck in Australia, and potentially get some revenge for their disastrous test series defeat.

"Playing Australia in Australia is one of the great challenges in world cricket and you know you will be severely tested in all aspects of the game," said Black Caps coach Gary Stead.

"Our one-day unit is a pretty settled one with plenty of experience and I think that showed in the recent series against India.

"It's great to welcome back the class of Trent, Matt and Lockie who spearheaded our run to the World Cup final last year, [while] Kyle's made every post a winner since his international debut this season and he'll be a handy asset to have in Australia."

The series begins with two games in Sydney on March 13 and 15, before a brief break until the final game in Hobart on March 20.