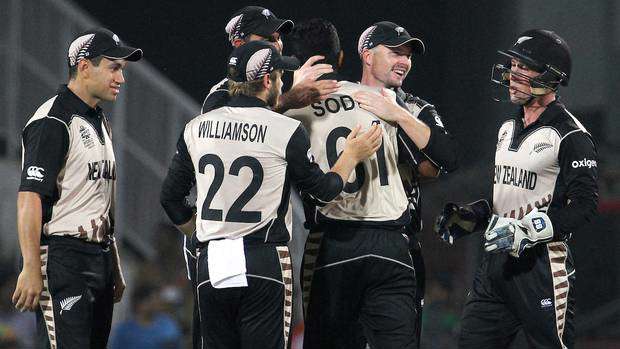 International cricket bosses are on course for a scrap with India as they attempt to sneak another T20 World Cup – under a different name – into the schedule.

Relying on unnamed officials, Cricinfo has reported in detail on a fight between the ICC and the powerful India board which is opposed to more international events being introduced.

England and Australia are also pushing back, to protect their traditional one-on-one contests.

India - which has undergone some administration upheaval - believes bilateral contests and even the new test championship will be squeezed for the necessary space by the growing number of international tournaments.

The ICC's proposal for the 2023–2031 broadcast cycle includes a T20 Champions Cup which looks very much like another World Cup. These would be played in 2024 and 2028. and involve the top 10 nations contesting 48 matches.

The ICC also proposes a six-team ODI Champions Cup in 2025 and 2029, in essence, a reincarnation of the champions trophy.

India is objecting on a number of grounds, and is also miffed that ICC chief executive Manu Sawhney bypassed India when visiting major cricket countries to explain the tournament bidding process.

India is arguing that too many tournaments lower the prestige.

A "senior voice" in the Indian administration was quoted as saying: "You lose the charm of winning the World Cup if you are planning to host it every year. Too much of something is not good.

"When you win a World Cup you look to the next one four years later, but if you host a world event every year then you could lose value of that tournament."

He said that smaller countries were not being helped by the current ICC revenue model. There are also claims the schedule would lead to player burnout.

Another official was quoted as saying "the world test championship will become a huge challenge – there will be no time for it".

Cricinfo believed that Pakistan, West Indies, Sri Lanka and Zimbabwe, plus Ireland and Afghanistan, would probably support the ICC.

Smaller cricket nations are struggling to find buyers for their rights, and a chief executive said: "Costs of the cricket have been going up, the value of bilateral cricket has been going down."

There appears to be a growing split in the international ranks over the issue.

"The ICC have hosted an event year historically with the exception of 2018 when there was no global event," an official from a full member country said.

"In order for the ICC to give consistent cash flows to the members they need an event every year."

But India's chief executive officer Rahul Johri - who is getting ready to step down - had written to Sawhney, saying there would be "wide-ranging repercussions on bilateral cricket".

Cricket Australia chairman Earl Eddings has previously said it is a matter of balance.

"One of the challenges we have is Australia relies more on bilateral cricket than the ICC, where for a lot of countries it is the other way round," he said.

The next round of talks are in Dubai in March.