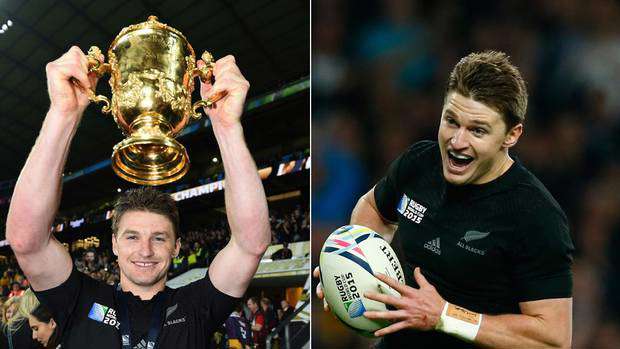 All Black Beauden Barrett has revealed that he drank cow's milk out of the Rugby World Cup trophy after taking the famous silverware to his family farm.

It's more common for rugby trophies to be filled with amber liquid but in an interview with CNN, the All Blacks first five-eighth said it was a different local drop that got used.

Barrett said he brought the Webb Ellis Cup to the family farm in Taranaki and his father Kevin, who played 167 matches for Taranaki, filled the trophy with milk.

Barrett came off the bench in the World Cup final victory over Australia, scoring a try in the closing minutes.

He remains on track to play his first Super Rugby game of the season when the Hurricanes host the Brumbies on Friday.

The twice World Rugby Player of the Year returned to training last week after an extended break following his wedding in Auckland in January.

The Canes were comprehensively beaten by the Crusaders in Christchurch last weekend after sneaking home 20-19 against the Waratahs in Sydney in the opener.