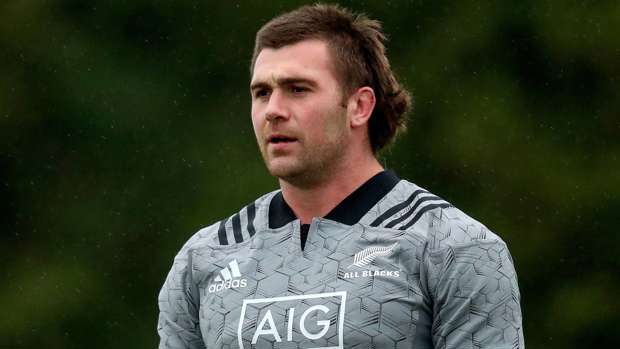 All Blacks and Highlanders loose forward Liam Squire has opened up on the toll his mental health took in the lead-up to the 2019 Rugby World Cup.

Squire surprisingly made himself unavailable for selection for the tournament, instead wanting to focus on his mental recovery. Ongoing injuries throughout the 2019 Super Rugby campaign were the main catalyst for the now 29-year-old's struggles at the time.

The 23-test All Black says one inadvertent comment made by former Highlanders coach Aaron Mauger around why he was not playing in a game didn't help matters. Mauger said Squire was unavailable due to 'personal, family issues', which was incorrect.

"Obviously, I missed that game against the Jaguares for the Highlanders and when it sort of got all out in the public why I didn't play, it caught me off guard," Squire told The XV.
"I didn't know how to, all of a sudden, deal with this added pressure of people asking what was going on. I was never especially keen on it going public because I didn't feel like it was anyone's business but my own.

"Something that I'm not really comfortable with is being in the limelight."

Squire's coping mechanism was to close off from the public and those who prodded rather than play through. He concedes the tag of being an All Black was hard to deal with.

"People that are close to me knew that over the last two or three years I struggled with being in that spotlight, in the All Blacks, and having the added pressure of all of New Zealand critiquing how you play and all that," he says.

From 2016 to 2019 Squire found himself to be one of then coach Steve Hansen's first-choice loose forwards, more often than not commanding the number six jumper. After making his debut against Wales in 2016, he started 16 of his following 22 tests in the next two and a half years.

However Squire had made himself available for the All Blacks in Japan should they need him, acting as a first reserve - an understanding he shared with Hansen.

At the time he noticed word of a potential link-up with the national side building in the news, thanks in large part to strong performances with Tasman in the Mitre 10 Cup. He says it was a situation that took him a "long time" to get over.

Wearing the black jersey again is not beyond the realms of possibility, as Squire is set to line up for the Highlanders in Super Rugby this year following his time playing in Japan.

He is set to be available at the early stages of Super Rugby Aotearoa, which kicks off on February 26.