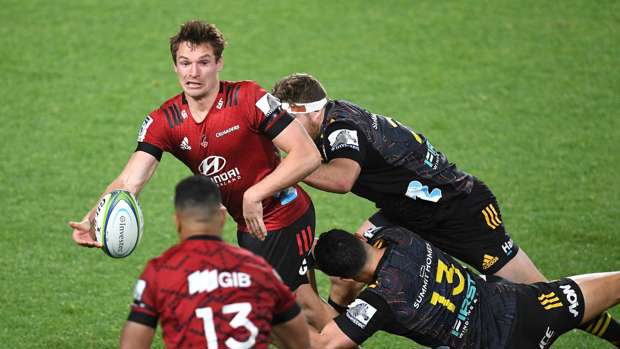 He is preparing to return for the Crusaders tomorrow against the suspension-depleted Highlanders after five months out with a pectoral injury.

Bridge suffered the injury during an All Blacks training session in October, a week after starting against the Wallabies. He needed surgery after the pectoral muscle ripped off the bone in a defensive drill.

With six weeks in a sling, it wasn't until January before he could start his rehab.

One positive was that Bridge could get some respite on the family farm in Gisborne.

"Probably the most amount of time I've spent at home since I've been in Christchurch," he said yesterday. "It was nice to get back home on the farm. I wasn't doing too much farm work. Mum was looking after me and she was stoked to have me home as well."

The winger said he feels ready after getting more collisions in training and playing 40 minutes for the development team a fortnight ago.

"Up until now I've been building every week and getting that muscle back and getting more confident. Now it's feeling a hundred [percent]."

"I've been back to fulltime training for the last month and the confidence has got a lot better every week. To get through 40 minutes and the lungs were surprisingly not too bad , I felt fine and that gave me a lot of confidence going into this weekend."

He's had to sit on the sidelines and watch fellow wingers Sevu Reece and Leicester Fainga'anuku impress for the defending champions who once again sit top of the table.

Bridge will start on the less familiar right wing against the Highlanders, with Reece on the bench and Fainga'anuku retained on the left.

"I haven't had the 14 jersey on my back for a wee while but I'm just happy to be out there. I haven't played for five and a half months so to get an opportunity to get back on the field is massive for me. I'm really excited," Bridge said.