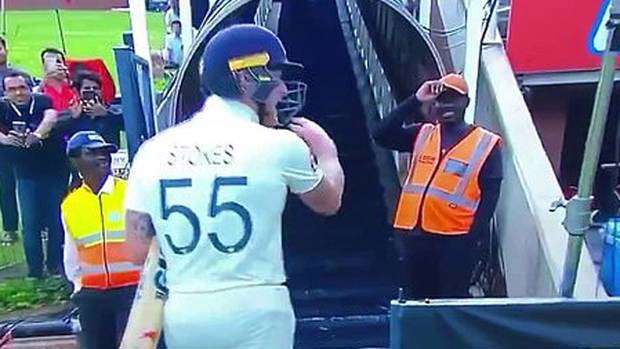 Ben Stokes has been caught on camera delivering a foul-mouthed tirade toward an abusive fan.

Stokes, was picked up by television cameras and microphones shouting at a South Africa supporter: "Come and say that to me outside the ground you f*cking four-eyed c*nt".

Ben Stokes just replied to a kid with “say it to me outside the ground, you fucking four eyed cunt”

Stokes apologised for his outburst, but could still be banned.

JUST IN: Ben Stokes has released a statement following a verbal altercation with a spectator following his dismissal today in Johannesburg #SAvENG pic.twitter.com/5ejw0BcnZg