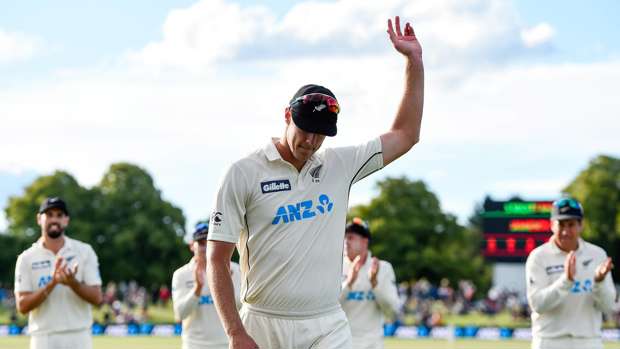 Jamieson has turned a lot of heads in his young international cricketing career to date, claiming 36 wickets in just six tests, with an average of 13.3.

In the recent test series against Pakistan, Jamieson emerged as a star with the ball, taking 16 wickets across the two tests while also contributing with the bat.

Jamieson, who stands at more than 200cm tall, makes the most of his height with both pace and bounce to test the batsmen, however Stead said it was his attitude that really set him apart.

"He has a thirst for learning; a thirst for wanting to get better, and I think those are two things that are really important as an international cricketer. He's never really satisfied with one performance; he's always looking to get better. When you put that with just being a good person and wanting to be a good team person as, then that makes, really, quite a complete player," Stead said.

In the second test against Pakistan, Jamieson was in rarefied air – with only Sir Richard Hadlee (15) and Daniel Vettori (12) having produced better match returns for New Zealand than Jamieson's 11-wicket haul in Christchurch.

In just his sixth test, Jamieson equalled the number of 10-wicket matches of long-time Black Caps opening bowler Tim Southee, who has played in 71 more tests than Jamieson.

"We all know he's got some great attributes and some great skills, and, who knows, the world could be his oyster now with what's ahead and what's coming up," Stead said.

"At the end of the day, he's still just a cricketer and he's just one of our boys when he gets together with us, we treat him that way. He's got everything there in front of him; hopefully he stays fit and he'll be a big part of New Zealand cricket I'm sure."