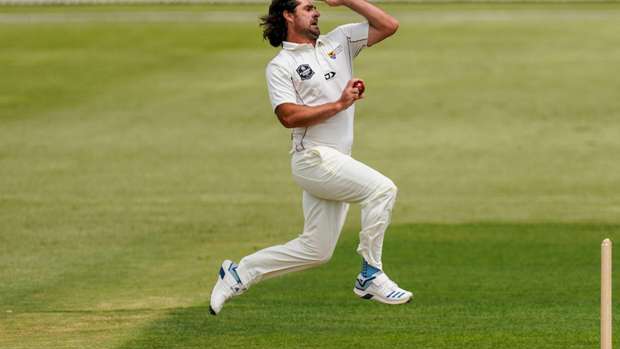 Black Caps all-rounder Colin de Grandhomme has been ruled out of the test series against Pakistan.

Coach Gary Stead said de Grandhomme has a 'stress reaction' in his right foot and isn't back running or bowling. Stead added they were hoping for a mid-January return for the all-rounder.

De Grandhomme missed the West Indies series, replaced in the side by Daryl Mitchell.

In other squad news, skipper Kane Williamson remains on baby watch after missing the second test win over West Indies in Wellington. Stead said the plan is still for him to join the Twenty20 squad for games two and three.

Stead provided some positive news for spin bowler Ajaz Patel who will prepare with the New Zealand A side this week and is looking to be in contention for the opening test against Pakistan at Bay Oval starting Boxing Day.

The left-arm spinner had struggled with a calf injury but the state of the pitch will determine whether he will play in his ninth test, with the Black Caps favouring four seam bowlers in the opening two tests this summer.

Meanwhile, Lockie Ferguson has had scans on a back issue and is awaiting results.