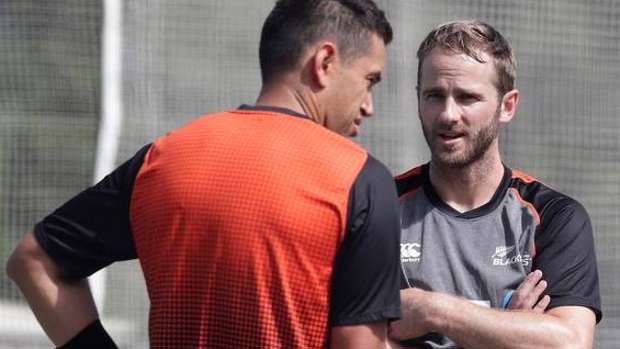 Black Caps captain Kane Williamson has brushed aside concerns about his leadership – and received a notable voice of support in the process.

Preparing for the Black Caps' first match since their disastrous tour of Australia, Williamson played down any potential captaincy concerns, as did Indian skipper Virat Kohli, who spoke strongly in support of Williamson ahead of their tour, which starts with a Twenty20 at Eden Park tomorrow night.

Williamson's captaincy and workload came under close scrutiny during the 3-0 test series humbling in Australia, with former skipper Brendon McCullum suggesting that he had lost some of his love of captaincy, and questions emerging about whether Williamson should still be in charge in all three formats.

However, in amongst his usual masterclass of avoiding saying anything definitive, Williamson explained that his love for the job is still intact.

"I do feel fortunate to be leading such a great group of guys that share a similar passion, which is to keep moving this team forward," Williamson said.

"It is enjoyable and you do learn so much about yourself and with your team. Without a doubt there are a number of challenges which come throughout, and you're forever dealing with those challenges. It's part and parcel of the job but for me the focus is very much to continue to try and grow and help move the team in the right direction."

While Williamson is content to continue as skipper in all three formats – eager to lead the team at the Twenty20 World Cup - he did acknowledge that he would be open to other avenues if it would benefit the team.

"For me it's always been about what's best for the team. So if those discussions are to eventuate and collectively there's a thought that it would be best for the team, then my stance is whatever is right and fits the group. I'm always open to whatever is going to help move the team in those directions."

Kohli had suspected as much, and argued that questions over Williamson's leadership abilities were overblown, and that Williamson has earned the right to decide his future.

"I don't think leadership can always be determined by the results. It's also about how you get the team together and get the guys functioning under you as well, which I think Kane has done wonderfully well - he has the respect and trust of his teammates from what I can see, and he's obviously a very smart cricketer. If a team outplays you, you have to accept it as a collective failure, and not necessarily a lack of leadership or captaincy – I think people get onto that side of things too early.

"If you have given him the responsibility, I'm sure he'll understand whether he's good enough for the job anymore or not. I don't think that it's fair to pressurize him, it's only fair that he's given space to figure out himself whether he wants to continue or he wants someone fresh to take over, because I'm sure he's thinking in the best interests of New Zealand cricket and the team."