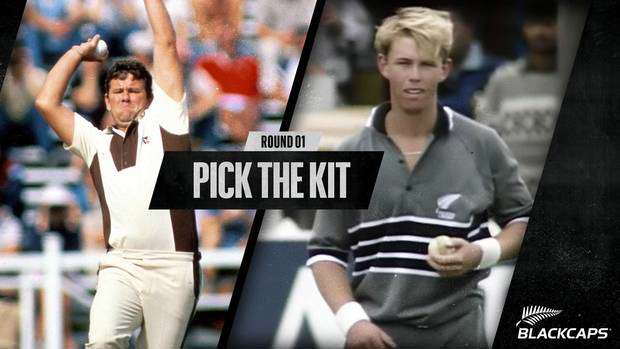 New Zealand Cricket's Pick the Kit contest has come under fire, with Black Caps fans slamming the competition as "rigged".

On Friday, fans were given the opportunity to select and vote for their favourite former Black Caps uniform, with the winning kit set to make a one-off return during next summer's home and away trans-Tasman battles.

The Beige of the 1980s was quickly established as a fan favourite online against NZC's three other finalists: the horizontal hoop, the black shoulder and the teal of the late-nineties.

But after taking a significant lead in the online poll over the horizontal grey hoop in round one, the beige kit suddenly fell short and was eliminated from the competition.

Care to share the results or was it already pre determined? https://t.co/KcZsimKOdG

The turn of events left fans shocked and confused, with many taking to social media today to slam the competition as rigged.

"Anyone else think this is rigged and predetermined after the beige suddenly didn't win round one after leading all of the polling?" one fan questioned on Facebook.

"I demand a recount," another commented.

"This whole thing is rigged."

NZC responded to the accusations by saying the Grey Hoop received more than 60 per cent of votes across different platforms.

The votes were tallied across the voting platforms (https://t.co/3YsfR1GstM, Twitter and Instagram) with the Grey Hoop receiving 61% of all votes cast. ^BM