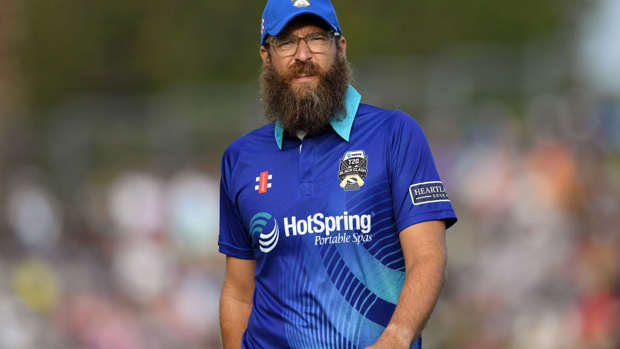 Daniel Vettori has been described as having a "heart of gold" after donating some of his coaching salary to low-income Bangladesh cricket staff.

Bangladesh cricket's chief executive Nizamuddin Chowdhury has confirmed the New Zealand great and former captain made the request, in the wake of the Covid-19 crisis.

Vettori, 41, is reported to be on $400,000 for a 100-day contract as the country's spin bowling coach. This would have taken him up to the T20 World Cup in Australia, which is now under threat.

Bangladesh has been hit by the pandemic, with around 44,000 positive cases and 600 deaths.

And sport around the world is facing a financial crisis because of lockdowns.

Cricket news hub Cricket Addictor headlined Vettori's act as "heart-winning" and reported it showed he had a "heart of gold".

Members of the Bangladesh team had already donated money to help fight the pandemic and the under-19 captain Akbar Ali announced he would auction World Cup mementos for the cause.

Reports about Vettori did not specify how much money he was contributing.

"Vettori has said that we should donate a specific part of his salary to the BCB's low-income staff," Chowdhury told the Dhaka Prothom Alo newspaper.