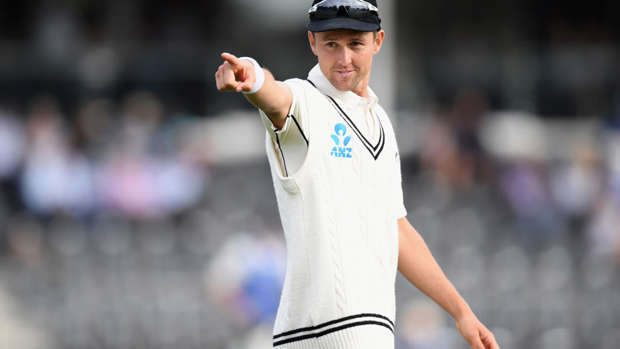 Former Aussie skipper Michael Clarke said on his radio show the cricket season had finished and predicted few fans would turn up to the three matches in Sydney and Hobart.

"Absolute token games of cricket," commented Clarke on Big Sports Breakfast."To be honest, I can't believe it. I'm a cricket fan through and through, but whoever has made the decision to put these three ODIs on, it's footy season," Clarke said.

"Cricket season is finished. What a great way to finish it with the women winning the World Cup as well. I'll be very surprised if anybody turns up to watch those games," Clarke added.

The Black Caps and Australia will contest for the Chappell-Hadlee Trophy for the first time since 2017 with the opening game taking place in Sydney on Friday. It's been four years since New Zealand played a Chappell-Hadlee ODI in Australia.

Since the Chappell-Hadlee Trophy was introduced in 2004, Australia have won 15 matches and New Zealand 14 with two no results.

"Michael Clarke doesn't sound too happy for some reason, I don't know what's got under his skin. I don't know why the series is token. There's a good trophy up for grabs between both teams and we can't wait to hopefully lift it," Boult said before the Black Caps flew out yesterday.

Australia's home summer began in October with a three-match T20 series against Sri Lanka. That was followed by three T20s and two tests against Pakistan and a 3-0 test series win over the Black Caps.

Since then they have also played a three-match ODI series in India and three T20s and three ODIs in South Africa.

Friday's game sees Australia return to action on home soil for the first time since the final day of the third test win against the Black Caps on January 6.

The Chappell-Hadlee Trophy series finishes on March 20 in Hobart. But the summer of cricket won't be over then. Both sides then head to New Zealand to face off in three Twenty20 matches - Australia's eighth different series of the summer season.