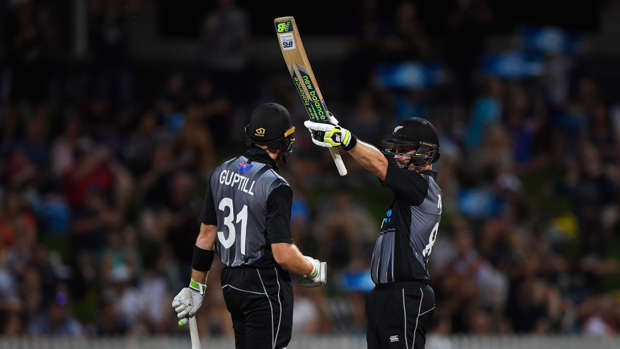 New Zealand have said 'thanks, but no thanks' to Pakistan officials trying to persuade them to visit to play the T20 leg of their tour later this year.

And there can be no surprise in that.

New Zealand are going to the United Arab Emirates late this year to play a full series against Pakistan in their de facto home. Indeed NZC officials are waiting for Pakistan to release the schedule, expected to be three matches in each form of the game.

The Pakistan board had suggested New Zealand play the T20 leg in Pakistan. Their last visit to Pakistan was in 2003 when they were flogged 5-0 in an ODI series. A year earlier a bomb blast near their hotel cut short their test visit.

Since the Sri Lankan team bus was attacked by terrorists in Lahore in 2009, visits to Pakistan have been sporadic, short, heavily-fortified engagements against a handful of teams, totally nine T20s and three ODIs from 2015 until April when the West Indies were there in Karachi for three T20s.

The PCB will be disappointed by the decision but they can't be blamed for putting the idea out.

As NZC chairman Greg Barclay put it Pakistan would have seen a visit as a way for them to start to build an international home programme.

NZC had received security information on the situation in Pakistan but had not sent their own experts.

So there's plenty of sympathy for Pakistan, and continued support for moves to get more international cricket back there, but no more.

One issue to consider is insurance cover for players who would go there. That is problematic.

So for now, it's the status quo, and that's unlikely to change any time soon.