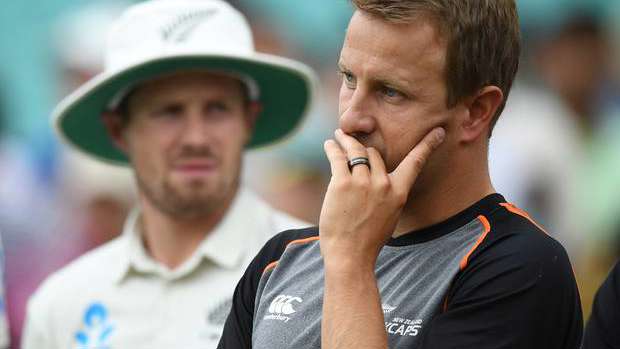 The Black Caps will be without star seamer Neil Wagner for their first test against India on Friday.

Wagner was meant to link up with the Black Caps yesterday before his departure was delayed as he and wife Lana await the birth of their first child in Tauranga.

He was then expected to join the team in time for training this morning, only to still be waiting for the arrival, leading to him being officially ruled out of the test in Wellington, and Matt Henry called in as cover.

It continues a run where the Black Caps have been unable to consistently call on their first-choice seamers. Trent Boult missed two of the tests in Australia, while Lockie Ferguson went down injured during the first test in Perth and Tim Southee sat out the finale in Sydney.

Now, Wagner's wait means there will be no reunion for the Black Caps' usual seam trio, with Boult and Southee to be joined by Kyle Jamieson, who is now set to make his test debut.

Henry's only path to a potential re-call into the XI would be the Black Caps opting to go with four-seamers at the Basin Reserve, but the most likely option will see Boult, Southee, Jamieson as the three seamers, with Ajaz Patel as the spinning option, and Colin de Grandhomme's medium-pacers heavily utilised as well.

Henry will join the team in Wellington this evening.