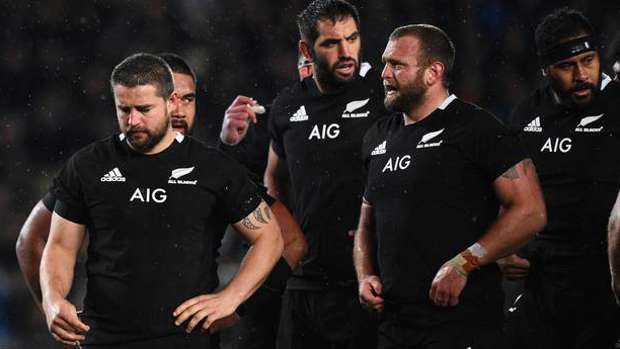 The prospect of All Blacks tests this year has taken another blow with Rugby Australia announcing that the Bledisloe Cup test scheduled for Melbourne has been postponed to 2022 due to the Covid-19 pandemic.

Melbourne's Docklands Stadium was due to host a Bledisloe test for the first time since 2010 as part of a doubleheader involving the respective women's sides, but the spread of the virus in Victoria has forced the fixture to be rescheduled.

"Victorians are sticking together as the state works to slow the spread of coronavirus and it's not possible to play this match in 2020," Rugby Australia interim chief executive Rob Clarke said in a statement.

"The decision to swap the All Blacks Test to 2022 is a sensible one and I thank Premier Daniel Andrews and the Victorian Government for their flexibility and support.

"Rugby Australia will continue to support the Victorian Rugby community over the coming months.

"There is an exciting test schedule ahead for all of our Victorian Rugby fans and I know that the Wallabies players, as well as players from around the world, are always extremely excited to play in Melbourne due to the terrific home support and the wonderful hospitality of all Victorians."

Victoria, which accounts for about 75 per cent of Australia's total infections, were forced into an extension of a strict lockdown in its capital of Melbourne until September 28, with infection rates declining slower than hoped.

All Blacks coach Ian Foster, who announced his first squad of his tenure on Sunday, previously said he was optimistic that tests in Australia could go ahead.

"There's a lot of different spreadsheets, a lot of people smarter than me coming up with options," Foster said. "Right now our plans are really clear.

"We think within a week we'll have more certainty. We're extremely hopeful of some tests with Aussie and after that we're not too sure."

Meanwhile, Prime Minister Jacinda Ardern said the Government is doing everything it can to host All Blacks tests in New Zealand, but admitted it is "not just down to us".

"There have been some discussions of whether we could play host for a tournament," Ardern told Newstalk ZB on Monday.

"It's something we have been exploring, and seeing whether we can facilitate that within current arrangements. We do have tight arrangements at the border that we need to uphold; [the department of] health need to be happy with everything.

"It's not just down to us. We are doing enough to make it a real possibility. We have kept that door open and in good faith gone through those protocols. But ultimately we are not the only ones making that decision."

New Zealand Rugby hopes to play test matches against at least Australia and a Pacific team, and possibly hosting the Rugby Championship later this year.

New Zealand is hoping to host Australia, Argentina and South Africa in November and December.

However, doubts have emerged over the logistical difficulties of securing locations for visiting nations to train while in quarantine, as strict border restrictions continue due to the pandemic.

News over the weekend that six players from the Pumas tested positive for Covid-19 added fresh doubts over the likelihood of the tournament going ahead.

NZ Rugby is more hopeful of a Bledisloe Cup series against the Wallabies but that has also been complicated by border restrictions and a resurgence of the virus in both countries.