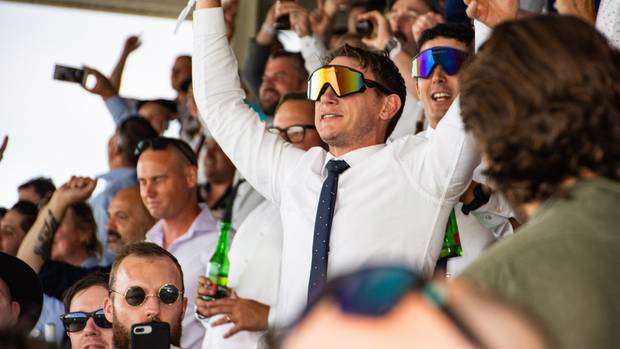 One of New Zealand racing's most pro-active groups is looking to at least party fill the void left by the closure of Trackside Radio.

Popular racing group Boys Get Paid, a collection of young punting enthusiasts with a Facebook group of 18,000 members are taking it upon themselves to service punters this spring, launching their own live online radio shows in the absence of Trackside Radio which folded during the initial Covid lockdown.

Streaming live on the Boys Get Paid app and on LoveRacing.NZ's website, Saturday and Sunday mornings from 10am to midday will feature Louis Herman-Watt & Mark Claydon respectively, both broadcasters with huge passion for the racing industry and finding a winner.

The closure of Trackside Radio was one of the more contentious cost-cutting measures undertaken by the TAB, especially as so many in the racing industry work outside or spend a lot of time travelling in their cars with racing radio their source of information.

"It's probably less about trying to replicate Trackside Radio for us but actually taking this opportunity to try something new for an industry which probably hasn't been proactive enough previously," said Herman-Watt.

The former Radio Sport producer has named his show 'The Bottomless Punt' and hopes he can find the sweet spot of high energy and information for punters.

"I like the idea of a racing show being entertaining and engaging first of all, if you have amazing information but you can't keep people listening to hear it, what's the point?" he questions.

For 'Boys Get Paid', this next step into live content shouldn't come as a surprise, the group has made a habit of biting off a decent challenge to conquer in the equine sector.

"We've enjoyed dabbling in content in recent years and have successfully managed to pull off events, syndicates & ownership with not a lot of resources," said one of the group's founding members Luke Kemeys.

"And to be completely honest, with any of the successful projects we have done, it's been a lot of figuring it out on the go, so we're happy to continue on that way this time around," he laughs.

As for whether the content is for everyone: "Obviously we can't perfectly service every racing enthusiast in New Zealand and we're okay with that ," Herman-Watt said.

"What has been extremely promising is the support we've already received from great and successful racing brands in sponsorship form, giving us the confidence we have the necessary backing to find success with this project."

Punters can tune in for the first weekend of broadcasts from this Saturday at 10am where 'The Bottomless Punt' will be previewing the Foxbridge Plate at Te Rapa.