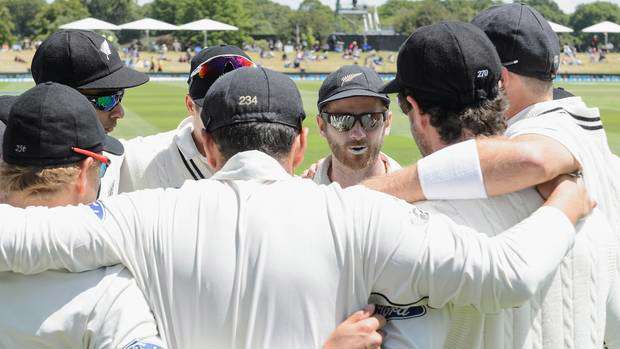 The Black Caps, newly promoted to second in test cricket's world rankings, don't have to look far to see the perils of their new position.

It's been a summer of upsets in cricket's longest format – starting with the Black Caps toppling Pakistan overseas for the first time since 1969, and followed by the West Indies stunning England. But, the biggest surprise of them all came earlier this month, when Sri Lanka visited South Africa and shocked everyone to claim a 2-0 series win.

At the risk of this becoming one of those bleedingly obvious "the Black Caps won't be taking [Weaker Opposition X] lightly" pieces that get penned far too often, when taking those recent results onboard, there is perhaps more merit than usual to the publicly-stated caution Black Caps captain Kane Williamson likes to administer.

Considering how unappealing Sri Lanka looked on these shores, it's a reminder of how quickly things can change in cricket, and the demise of the for-so-long dominant at home South Africans – formerly world number two – could serve as a gentle warning.

Surely though, Bangladesh can't produce the same shock? 34-1 outsiders to win the series, it would be one of the biggest upsets on these shores for years if they were to produce a test triumph, and with Shakib Al-Hasan out injured, and Mushfiqur Rahim likely to join him with a mixture of maladies, their top-heavy lineup is already in danger of toppling over.

Coincidentally, those two are the players who put the Black Caps in trouble the last time these two sides met in a test series, in 2017. Al-Hasan and Rahim added a record 359 for the fifth wicket in Wellington as Bangladesh racked up 595-8, but somehow, all that was good for was to set the record for biggest total scored in a losing effort.

If that pairing were fully fit, Bangladesh would be more of a threat to claim their first test win over New Zealand in 14 attempts. While Monimul Haque (test average of 44) is a classy operator, the visitors' other main weapons – their spin bowlers – are likely to be largely negated by seam-friendly wickets.

The Black Caps will utilise just one spinner, as custom in New Zealand, with Todd Astle making his return to the test side as Matt Henry and Will Young miss out from the 13-man squad. He likely won't see too much time at the bowling crease, but could provide added value with the bat, with the Black Caps looking finely balanced as they attempt to kickstart their quest to win five straight test series with a victory at Hamilton's Seddon Park tomorrow.

Of course – as is also custom – Williamson isn't looking that far ahead, and has taken note of test cricket's recent results.

"Overseas there's been some upsets with some very strong teams, and every team in international cricket is a threat, they're all very talented. Anybody can beat anybody," Williamson warned.

Two weeks ago, there'd be reason to quibble with that argument – and yes, it would still be stunning if Bangladesh won even a match in this series. But after what Sri Lanka managed to prove, a safe approach might also be a sound strategy for the Black Caps to continue their rise through the ranks.