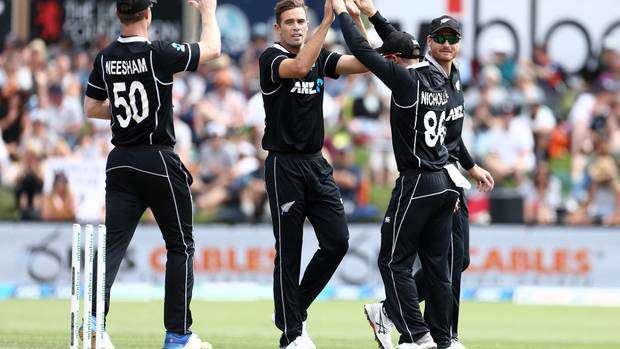 Black Caps coach Gary Stead will take the positives that come with a series sweep of Bangladesh but is well aware that it could all mean little come the Cricket World Cup.

After a 4-1 ODI series trouncing at the hands of India, the Black Caps bounced back with a 3-0 demolishing of Bangladesh, following up two eight-wicket wins with an 88-run victory in Dunedin on Wednesday.

It was a series that produced several positives for New Zealand – Martin Guptill blasted two centuries, the new ball bowlers ripped apart the Bangladesh top order on three consecutive occasions, and all of the likely World Cup starters made some runs in the final ODI.

However, how much that all means in terms of the larger picture – the World Cup – is hard to parse, and even Stead readily admits that he is unsure whether his side have made enough progress to be a threat to topple the world's best.

"India obviously exposed some areas that we wanted to keep brushing up on, and the brutal truth of it is until we play those guys again, we don't actually [know if we've learned] that lesson or not.

"Without being disrespectful to Sri Lanka or Bangladesh, they weren't in the same standard of a really top Indian team."

And therein lies the problem. The Black Caps have proven that in home conditions, they are several notches above Sri Lanka, who they beat 3-0 in January, and Bangladesh, but didn't show nearly enough to have confidence of beating the likes of India when they meet again in June at the Cup.

However, where the Bangladesh series did add value was in allowing the Black Caps a further chance to establish their style of play. They followed the blueprint when batting first on Wednesday, with constant accumulation through the middle overs leaving wickets in hand for their heavy hitters to blast them towards an eventual total of 330-6 – an innings which pleased Stead.

"I think the way we've gone about building our innings has been really positive.

"A lot of this series has come down to us embedding a plan of how we want to play, and the style we want to play. It's not rocket science – a lot of teams want to have wickets in hand so they can push at the end, and you want to take early wickets with the ball. That's been particularly pleasing in this last series, as we've done that really well in all three games."

Still, there are things to work on, which the Black Caps will get a chance to do after they've named their World Cup squad, with three warm-up games against Australia in Brisbane, as well as clashes with India and the West Indies once they land in the United Kingdom.

In their three jousts with Bangladesh, the visitors sat at 94-6, 93-5 and 61-5, before going on to make 232, 226, and 242 respectively. Sure, those totals were never going to be close to being competitive, but Stead would like some improved efforts in the field and in the middle overs to truly kill off their opposition when they have the chance.

"I think that's just an attitudinal thing – sometimes when you take early wickets is easy to let the game drift just a wee bit, and that just comes back to personal pride and attitude. If we want to challenge the very top teams, I think we need to be better at that."

Just how better do they need to be? We'll find out in June.