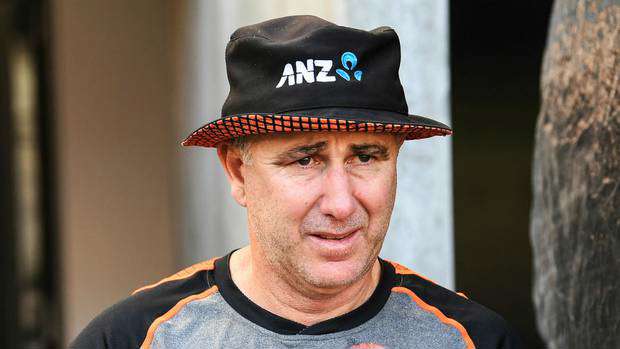 The timing of Black Caps coach Gary Stead's pre-planned break from the side has come under fire from observers of the side.

Bowling coach Shane Jurgensen is standing in as head coach of the side for its ODI series against India starting Wednesday.

Despite previous coaches taking similar breaks from their duties during their tenure, the choice to rest Stead right after the side has suffered eight defeats in a row is a questionable one.

Hey coach! Shane Jurgensen in charge for the ODI series with Gary Stead taking a pre-planned break. Matt Horne helping out with some fielding while we are in Hamilton. #NZvsIND pic.twitter.com/iB4uISeqZC

Twitter users immediately responded to the decision with a series of critical observations, one user predicting that this could be a sign that Stead's job is under serious threat.

"I wonder if the Stead era is about to come to a grinding halt. It's the first mention I've heard of a 'pre-planned break'," Tony Stuart wrote on Twitter.

Tim Evans also joined the party by querying the decision's timing "Interesting call to have a break, in what is the feature tour of the summer."

Jurgensen claimed the break had been planned for some time and, despite recent results, the side had not been tempted to change those plans and keep Stead in charge.