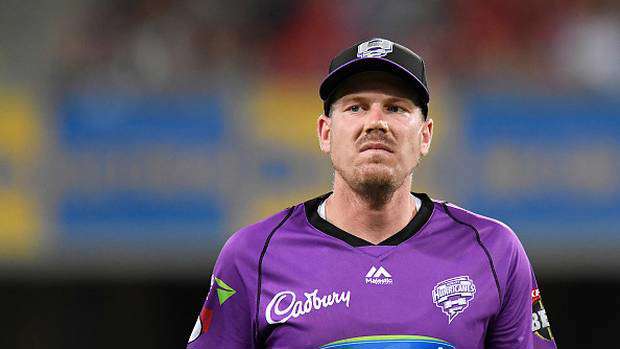 Former Australian cricketer James Faulkner has been slammed on social media after it was revealed an Instagram photo he posted with his "boyfriend" was a misunderstanding.

Faulkner posted a photo having a birthday dinner with his mother and friend Rob Jubb - who the World Cup-winning cricketer described as his "boyfriend" - with heart emojis and the hashtag "together for 5 years".

Fans - and former teammates - quickly began commenting, congratulating the all-rounder for "coming out".

After the story made international headlines, Faulkner said that the post was misinterpreted and added the words 'best mate!!!' in brackets in the original post.

"There seems to be a misunderstanding about my post from last night, I am not gay, however, it has been fantastic to see the support from and for the LBGT community. Let's never forget love is love, however, @robjubbsta is just a great friend. Last night marked five years of being house mates! Good on everyone for being so supportive."

But some fans didn't buy it and have since slammed the cricketer as mocking the LBGT community.

"Faulkner's gay story is a 'hoax'. What an arsehole! That he, and the cricketers who chimed in, thought coming out of the closet was something to be mocked proves once again that homosexuality isn't truly accepted in Aus. Actual gay athletes will now be less likely to come out," one fan posted.

"You know, as an openly gay person, I feel let down by James Faulkner's Instagram "joke". It's lovely we all embraced him and congratulated him, but let's be honest - he knew that was going to go viral and did it anyway. "Boyfriend", "five years strong" ... fairly ordinary," posted another.

Erik Denison, lead researcher of Monash University's sport inclusion program, went even further and said the joke made by Faulkner was "dangerous".

"The reaction to Faulkner's comments speak to this desperation of young gay people for a role model in elite sport. There really are no gay role models for young people in elite sport," Denison told news.com.au.

"For him to make this joke it's very dangerous, we're not talking about it in a 'haha' way. Gay people aren't slapsticks and are not the object of stupid banter — which they often are.

"Gay people are often the target of humour and while I'm confident he isn't a homophobe, the harm of this joke and the harm of gay people being a joke in sport is very real."

Faulkner has played 69 ODIs and 24 T20 internationals, winning the Man of the Match award in the 2015 World Cup final which Australia won by seven wickets over the Black Caps.