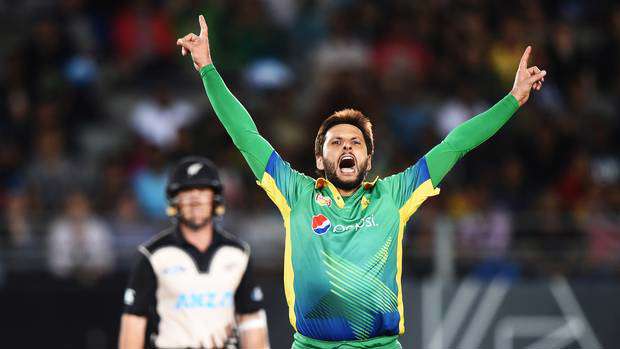 The great cricket mystery of Shahid Afridi's age has finally been solved – well, sort of.

As many fans suspected, the former Pakistan captain confirmed that he is older than what official records state him to be, revealing that he was born in 1975 and not 1980.

The revelations in his new autobiography Game Changer means Afridi was not 16 when he smashed a record-breaking 37-ball ton against Sri Lanka in Nairobi in 1996.

The record was impressive considering he was supposedly a teenager at the time, but Afridi set the record straight in his book.

"I was just nineteen, and not sixteen like they claim. I was born in 1975. So yes, the authorities stated my age incorrectly," Afridi wrote.

Official records have his birth date as March 1, 1980.

However, the cricket great's claim that he was 19 adds to the confusion as he would've been 21 if he was born in 1975 as he states in his book.

Afridi played 27 tests, 398 ODIs and 99 T20Is during his career, before announcing his retirement from international cricket in February 2017.

Alhamdulillah, #GameChanger is already making waves. But dont go for the media hype! To appreciate what @wajskhan & I have penned in my bio, please READ THE BOOK (yet to get my 1st copy!) If I've been tough on someone, I've given them credit where its due! #TruthFirst #HopeNotOut